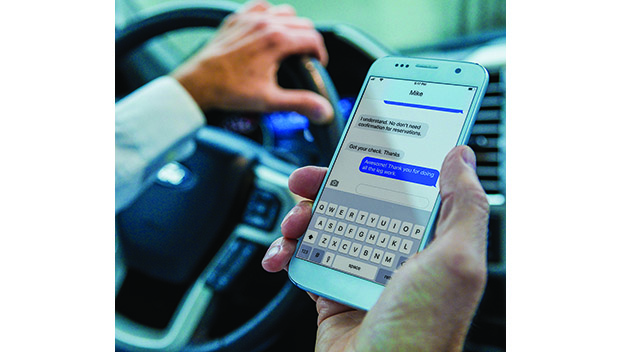 At any given moment, 660,000 drivers are using a cell phone while operating a vehicle.

Every year, according to the National Safety Council (NSC) about 400 fatal crashes are caused by texting and driving.

The month of April has been designated as Distracted Driver Month in an effort to bring awareness to the dangers of texting and driving.

According to The United States Department of Transportation (USDOT) it takes about five seconds to read a text.

During that time, you drive about the length of a football field at around 55mph, which is 360 feet.

“The issue is not just the momentary lapse in attention, but also the additional time it takes for your eyes to reorient to the road and the other cars around you.” said USDOT officials in a release.

In Virginia, distracted driving contributed to 20,918 collisions and 117 fatal crashes throughout 2021, according to the Virginia Traffic Records Electronic Data System.

“Distracted driving is a tremendous problem,” he said. “We’re asking all drivers to make a distraction-free driving commitment during April and to adopt that practice moving forward.”

The trend upward caused a new law to go into effect in 2021 in Virginia that prohibits texting and talking on the phone while driving.

Drivers may still use a hands-free technology when talking on the phone but that isn’t distraction-proof either.

“While there are many ways a driver can be distracted, handheld phone use is the most egregious, as it involves all three kinds of distraction — manual, visual and cognitive,” Tenembaum added. “For this reason, we encourage all drivers to put the phone down and concentrate on the important task of driving.”