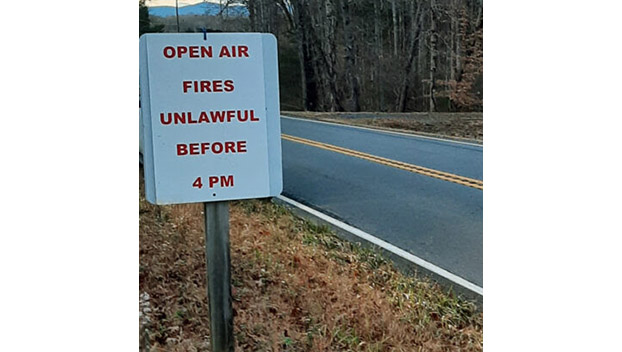 Citizens are reminded of the 4 p.m. burn ban in effect from now until April 30.

From Feb. 15 through April 30, citizens are reminded that the 4 p.m. burn ban is in effect, and it is unlawful to burn until after 4 p.m.

Burning is allowed between 4 p.m. and midnight as long as the burner takes proper precautions and attends the fire at all times.

According to Kenbridge Town Manger Tony Matthews, if citizens plan to burn within town limits, they must first obtain a burn permit from the town office.

The 4 p.m. Burning Law bans open-air burning prior to 4 p.m. if the fire is within 300 feet of the woods or dry grass, which could carry fire to the woods.

According to the Virginia Department of Forestry, It is critical that burners take precautions before using fire, as there may be legal and financial implications. Even if a person takes all proper precautions and obtains any locally required permits, whoever started the fire is responsible for suppression costs should the fire escape.

The 4 p.m. Burning Law violation is a Class 3 misdemeanor with a fine of not more than $500.

Debris burning is the number one cause of wildfires, closely followed by intentionally set or “arson” fires.

Fires are more likely during late winter and early spring because winds are usually elevated, the relative humidity is lower, and the fuels on the forest floor are extremely dry, having “cured” all winter without the shade of tree leaves. After 4 p.m., winds usually calm down, and the relative humidity levels rise, both of which reduce the potential for a debris fire or any outdoor open-air fire to escape.

The 4 p.m. Burning Law was adopted during the 1940s to reduce the number of wildfires that occurred each spring when Virginia has traditionally seen an increased number of fires.