No students injured in bus crash 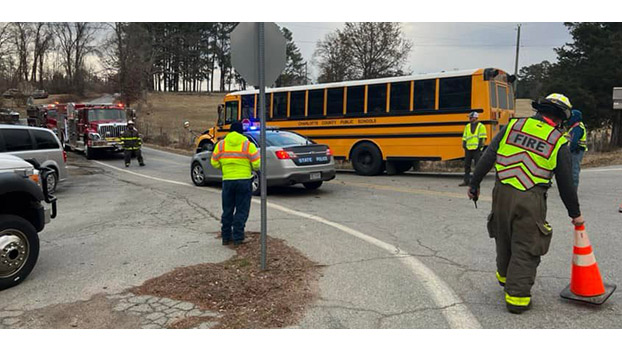 Fire, police and EMS responded to the Monday afternoon crash that involved a county school bus.

No injuries were reported in a crash that involved a Charlotte County Public School bus and a passenger vehicle on Monday, Feb. 14. According to school Superintendent Robbie Mason, the accident occurred during the afternoon transportation of students at the intersection of Highway 92 and Kings Cross Road in Red Oak.

Two students were on the bus at the time of the crash.

According to Mason, the exact cause of the crash has not been received from the Virginia State Police as of press time.