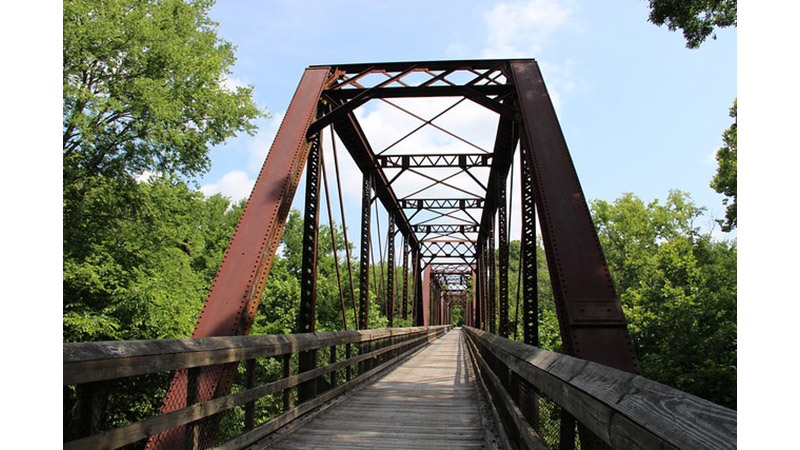 The 600-foot-long historic bridge at Staunton River Battlefield State Park has been renovated. Park officials will hold a lighting of the bridge event next month to mark the completion.

After six months of renovations, the historic bridge at Staunton River Battlefield State Park is complete.

The bridge, rich in history, allows visitors at the Clover Visitors Center to cross the Roanoke River to the Roanoke Visitor Center and the Roanoke Station in Randolph.

As part of the celebration of project completion, the bridge and visitor center will be covered in lights, inflatables and other decorations on Saturday, Dec. 10.

Visitors can park at the Clover visitor center and ride the hay wagon to the bridge.

In 1864, it was successfully defended by ‘Old Men and Young Boys’ during the Wilson-Kautz Raid.

This trail is 0.8 miles long and follows the old railroad bed allowing visitors access to the park from either side of the river.