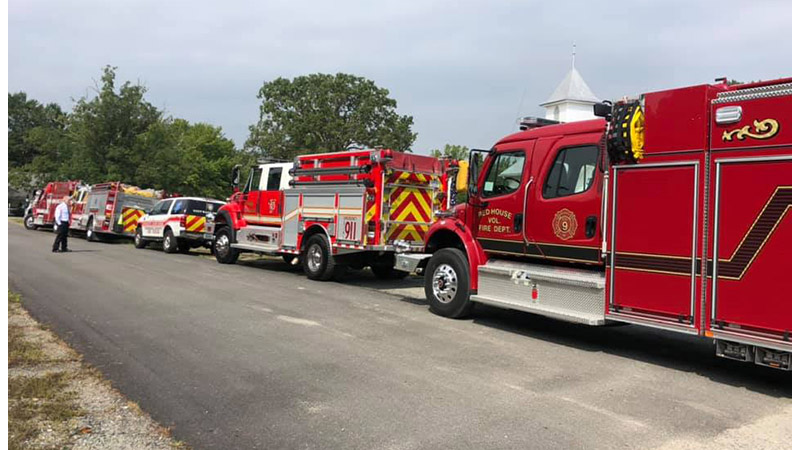 The Bacon District Volunteer Fire Department and the Wylliesburg Community are grieving the loss of one of its own.

Stembridge was a lifetime member who recently celebrated 41 years of service to the Department, 23 of which he served as chief.

Stembridge was laid to rest on Monday, Sept. 20, with many of the county’s fire chiefs and members attending.

“Wade was one of the most dedicated fire chiefs I’ve ever had the chance to work with,” said Walt Bailey, President of the Charlotte County Firefighters Association. “His heart and soul were dedicated to improving the Bacon District Vol. Fire Department. He worked diligently to make sure his members were well trained, and they had the equipment they needed to accomplish their mission safely.”

Stembridge’s son Will spoke of his father’s dedication to the community and the department following the funeral.

“My father poured his heart and soul into this place, and the past few days, I have watched young and old firefighters roll up their sleeves and do exactly the same thing,” Will said. “As one told me today with tears in his eyes, ‘It’s time to go to work.’ That’s exactly the mentality that my father put into everything revolving around the fire department.”

Will said his father was always striving to improve the department and fire service.

He always believed that we could do better. He never settled for this was good enough. “We could buy a new truck, and he would say yes, that’s great, but let’s get a better one … We could buy equipment, and he would make sure we got everything we needed.”

Stembridge was not only proud of his department but also its members.

Will said his father was proud of how hard some of the members worked and how dedicated they were to the community.

It’s hard to pin down one thing he was most proud of,” Will said. He was also incredibly proud of several firefighters who started as junior firefighters and then became career firefighters. I just know he loved helping people and seeing the fire department grow.”