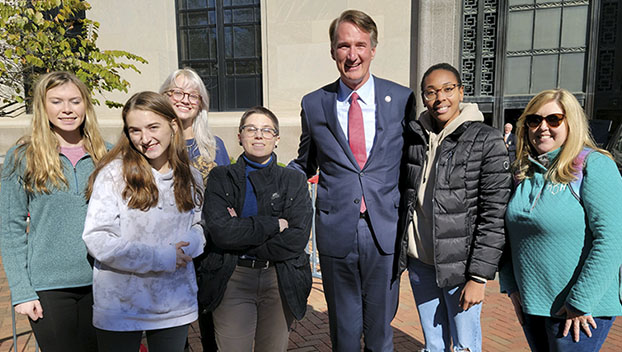 Randolph-Henry students in Mrs. Barton’s British and American Literature classes took several field trips this fall. They attended a Renaissance Faire in Appomattox, where students became immersed in Medieval culture. Students also visited The American Shakespeare Center in Staunton, where they watched a live-action version of Shakespeare’s play The Tempest. Finally, students traveled to the Poe and Valentine Museums in Richmond, where they learned about Edgar Allan Poe and other authors and contributors to American Literature. During a walking tour near the Governor’s office, Governor Glenn Youngkin came outside to greet our Statesmen and took a photograph with them.