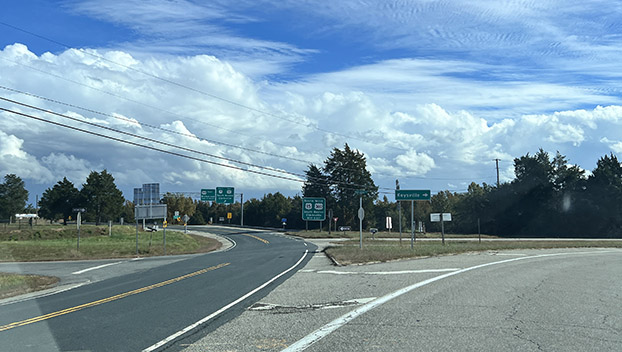 KEYSVILLE – Those who travel Route 15 to and from Farmville already know how the new roundabout in Prince Edward County at the intersection of Route 15/133/692 intersection is causing delays. Beginning next spring, drivers will be encountering yet more construction scheduled for Route 15. This time it’ll be for a Keysville roundabout.

According to Virginia Department of Transportation (VDOT) Communications Manager Len Stevens, construction is expected to begin in late March/early April of 2023 and funding for the project includes both state and federal sources.

The project is expected to be completed by June 2024.

VDOT said due to safety concerns and accident history, the project will improve the intersection with a roundabout concept.

In 2017 the proposed $5.2 million roundabout at the intersection of Routes 15 and U.S. 360 made it through the second round of scoring under the new SMART SCALE prioritization process used by the state’s Commonwealth Transportation Board (CTB).

Keysville roundabout a question of safety

Following a VDOT virtual public hearing in November 2020 to hear comments and concerns, a safety issue was brought into question that led VDOT engineers to redesign a portion of the roundabout.

In a 2021 interview, former VDOT Communications Manager Paula Jones said the primary issue was addressing a safety concern by eliminating a high-speed conflict point by removing the Route 15 southbound ramp onto 360 westbound. “That traffic would access 360 westbound by the Route 15 northbound ramp,” Jones said.

The new design directs traffic traveling on Route 15 South into the roundabout, then take the first exit to head west on Route 360.

According to transportation documents, the current intersection has a major road (two-way, not divided) as well as an off-ramp and an entrance leading to an off-ramp, all connecting at a three-approach stop-sign intersection that is in a grade curve,” county leaders said in the application to state transportation officials. “Sight distance, as well as traffic flow, currently contributes to driver error. This project will replace the stop-sign intersection with a roundabout to allow for a more fluid entrance and exit to the off-ramps and take the sight-distance issue out of the equation. The Charlotte County Industrial Park is along the route of this project, and the Heartland Business Park is adjacent to the project area.”