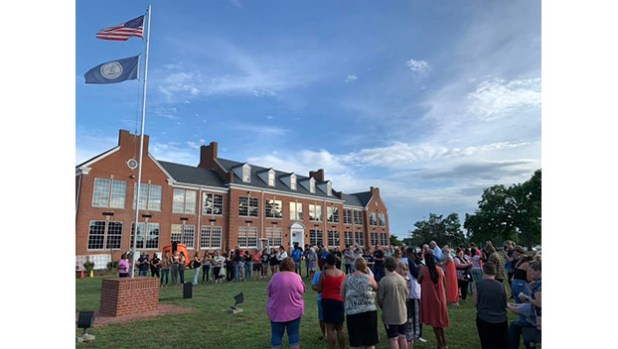 Staff and student gather around the flag pole at Randolph-Henry High School to remember Francesca Guill. 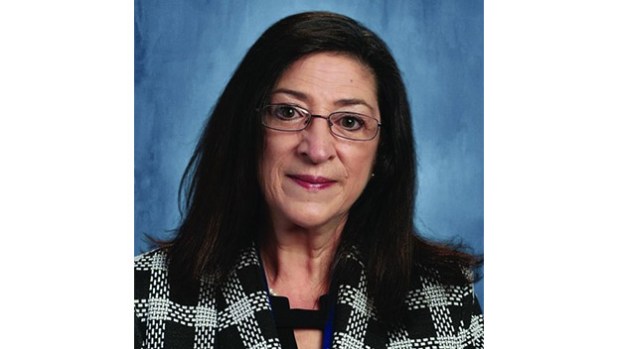 Staff and students at Randolph-Henry High School are mourning the loss of one of its own.

Francesca Guill, 56, of Drakes Branch, was tragically killed when she was struck by a driver while out for an evening walk on Monday, June 13.

According to Virginia State Police (VSP), a 2013 Dodge Dart was traveling on Oak Hill Road when it struck Guill walking against traffic on the right edge of the highway.

The driver of the Dart, Amyah S. Perkins, 21, of Prospect, was uninjured in the crash.

According to VSP, Perkins was charged with driving under the influence of drugs (DUI), DUI manslaughter and possession with intent to distribute marijuana.

Guill, an Administrative Secretary to the Principal of Randolph-Henry High School, Erin Davis, was known to be helpful to all those she met as well as a talented artist.

“Franca was a beautiful person both inside and out,” Davis said. “She was kind to every single person who walked through the doors of Randolph-Henry. Every guest, parent, student, and staff member was greeted professionally with a spirit of helpfulness.”

Davis recalled a time when Guill taught her how to paint.

“One winter, she taught several of the staff members, myself included, how to paint.,” Davis said. “Until I painted with Franca, I had no idea I could do something like that. However, Franca had a way of bringing out the best in all of us.”

In days since her death, staff members and students shared memoirs of Guill when several students organized a memorial service around the flag pole at the high school.

“I have heard about countless examples of her compassion towards others as we all shared memories over the past few days,” Davis said, “She sewed buttons back on students’ clothing, was a listening ear for staff who were having a hard time, she checked in on people who were going through medical treatments, and helped students in need with things such as prom dresses, yearbooks, and field trip deposits.”

Davis said that was just the way Guill lived her life – helping other people and encouraging them every single day.

“I am going to miss her presence in my office so much, but I am grateful for all of the time we spent together,” Davis said. “She has left a lasting impression on all of us at Randolph-Henry.”