Monument will not be relocated 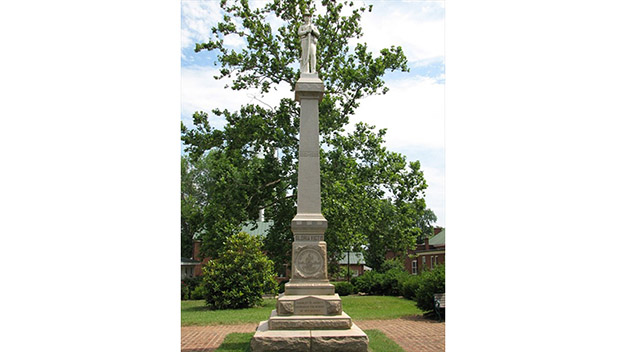 In a 5 to 2 vote on Monday, by the Board of Supervisors, the Confederate Monument will remain in its original location.

Two years have passed, and the Charlotte County Board of Supervisors (BOS) has finally made a decision on the fate of the Confederate Memorial Monument.

On Monday, May 9, board members voted 5 to 2 not to relocate the monument despite the recommendation of a round table committee.

Supervisor Garland Hamlett Jr. and Hazel Smith were the only two members voting yes to the relocation.

In April, the BOS held a public hearing on the matter and heard from both those in favor of relocating it and those who wanted to see it remain.

More than once, the monument roundtable committee recommended the proposed relocation of the Confederate Memorial Monument to a site adjacent to the Museum of Charlotte County, only a few feet away, at a cost ranging from $50,000- $60,000.

“It’s been discussed for two years, and I think it’s time to take action.” Supervisor Smith said. “I think we should take the recommendation of the committee.”

Before the vote, Supervisor Tony Reeves said he was concerned about the cost of relocating the monument and who was going to be left to pay for it.

Both Supervisors Walt Bailey and Butch Shook said their constituents had approached them to leave the monument untouched.

“In my district, an overwhelming majority said to leave it where it is, So I’ll have to vote no,” Shook said.

Board Chairman Gary Walker and Vice-Chairman Will Garnett gave no reason for their no vote.

However, Walker requested that citizens Kathy Liston and Monique Williams work with the Department of Historic Recourses to develop a plaque or marker that would be an educational tool to tell the history of the monument from all perspectives.

Following the vote, Heztenie Foster, a member of the committee, addressed the board to express her disapproval.

“I have been here several times talking about the removal of the statute, and none of you up there know what I have gone through,” Foster said. To sit here and look at this board and to hear you say you don’t want to move the statute … you are saying you don’t want to cooperate with the black community, and I am hurt.”

On July 1, 2020, new legislation took effect, giving cities and counties around Virginia the power to remove Confederate monuments they own and maintain under the new law.

It was that same month that citizen James Morton wrote a letter to the BOS. “I think it is of utmost importance to remove the Charlotte County Confederate Monument,” the letter from Morton said.