Masking still an option for students 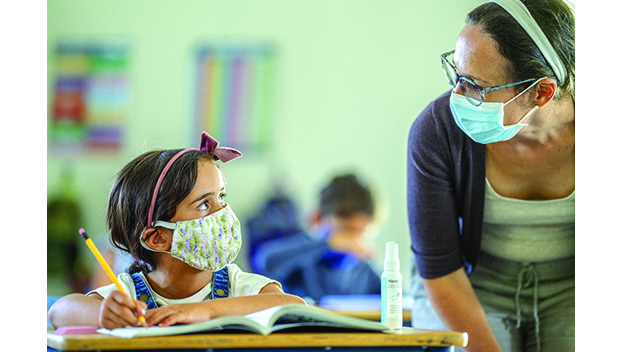 “I would approximate that 75% of our students have continued to wear masks in school despite the availability of an opt-out.” Said CCPS Superintendent Robbie Mason.

One of his first orders as newly elected Gov., Youngkin lifted the statewide COVID-19 mask mandate in K-12 schools.

The governor’s order states that parents with children in public schools “may elect for their children not to be subject to any mask mandate in effect at the child’s school.”

Following the executive order on Saturday, Jan. 15, many school districts across the state said they would be keeping their mask requirements in place and began lawsuits against the Gov. On Friday, Jan. 21, Mason announced that the school division would follow the Gov.’s executive order and give parents the right to choose but only to a certain extent.

“As we have done with other requirements from the state, and after consultation with our school board attorney, Charlotte County Public Schools will follow the executive order and allow parents to decide whether they will opt their students out of CCPS masking,” Mason said in his announcement.

Following the Judges announcement granting school boards in Alexandria, Arlington County, Fairfax County, Falls Church City, Hampton Roads, Prince William County and Richmond City a right to keep its mandate in place Mason said the opt-out policy for CCPS will remain in place unless the courts require them to strictly abide by Senate Bill 1303 or the health district detects a change in the virus that would prompt them to require indoor masking.

In their decision, the court said in the case of mask mandates in school, a state law passed last year requiring school districts to adhere to CDC guidelines “to the maximum extent practicable” leaves school leaders with at least some discretion regarding how to act.