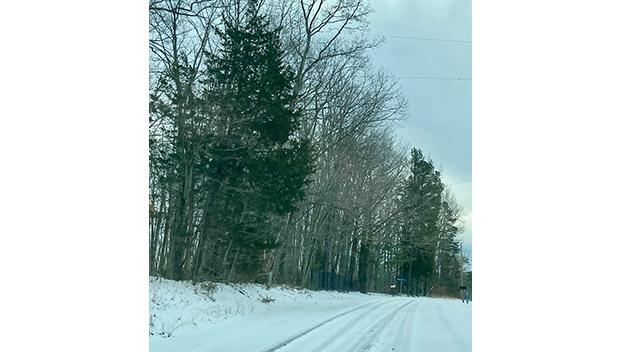 For the second time this year, snow, sleet and freezing rain left its mark across the Commonwealth on Sunday, Jan. 16

As of Monday, Jan. 17, the National Weather Service in Wakefield was reporting just over 2 inch for Charlotte County.

“The majority of those crashes have involved only damage to vehicles,” said VSP Public Relations Coordinator Shelby Crouch.

Of those reported crashes, according to the VSP Appomattox Division, which covers Charlotte County, troopers responded to 58 disabled vehicles and 49 traffic crashes in the district.

Virginia Department of Transportation (VDOT) crews worked around the clock to clear roads following the winter storm and continued during the day on Monday, Jan. 17.

“VDOT crews have been plowing roads all day and will continue until all roads are passable,” said VDOT Communications Manager Len Stevens. “Crews are first treating primary roads before moving on to secondary roads. Keep in mind, due to the colder temperatures we are seeing now, this storm is different from the storm we faced on Jan. 3, and it may take crews more time and effort to clear the roads this time around.”

As of Tuesday morning, Jan. 18 VDOT crews were still out clearing many secondary roads as temperatures remained in the low 30’s causing icy conditions.