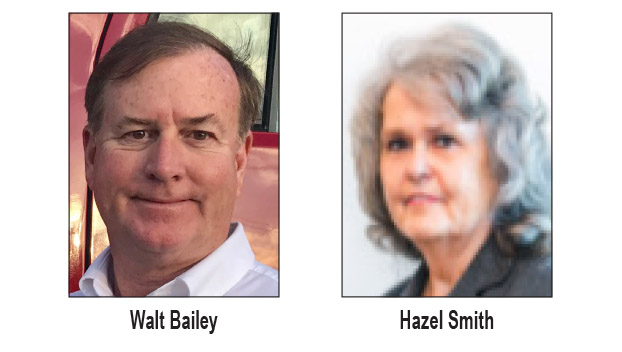 For the second consecutive year Supervisor, Gary Walker will hold the title of Chairman of the Charlotte County Board of Supervisors (BOS).

Walker was unanimously chosen as Chairman during the Boards organizational meeting Monday, Jan. 3

Following the vote, a motion was made by Supervisor Robert Shook and seconded by Supervisor Butch Hamlett to reelect Will Garnett as Vice-Chairman for 2022, with all members voting yes.

In other business, members voted to keep monthly meetings at 1:30 p.m. on the second Monday of each month beginning on Jan. 10, followed by meeting at 6:30 p.m. the following month.

Before the vote, newcomer to the BOS Hazel Smith, who replaces Supervisor Kay Pierantoni representing the Wylliesburg/Red Oak District, said having the meeting early in the week on a Monday pressured staff to have the packets ready. However, Chairman Walker reminded Smith that Monday was the chosen day in the past because Committee meetings were usually held on Tuesdays, Wednesdays and Thursdays.

In addition to Supervisor Smith, newcomer Walt Bailey also took his seat in the board room for the first time.

No end in sight as cases continue to soar