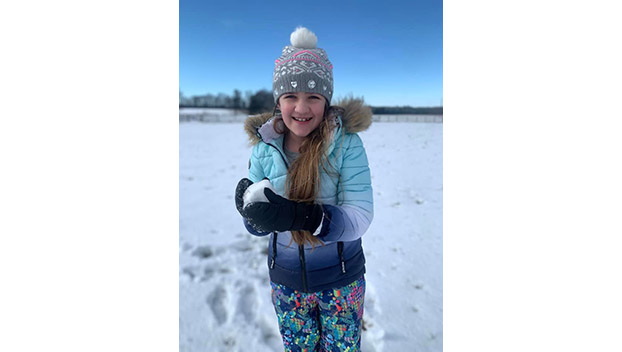 Wet snow and gusty winds have left thousands without power following a Monday, Jan. 3 winter storm that dumped 3.5 inches of snow throughout the county.

As of 11 a.m., Tuesday, Jan. 4, over 10,000 Southside Electric Cooperative (SEC) customers remained without power. Of those, several thousands were Charlotte County customers, with zero homes showing restored on the SEC outage map.

According to a post by SEC officials on its Facebook page, the company said it restored electricity to 50% of its customer base Monday and hoped to restore another 50% Tuesday.

According to SEC, some 100 SEC employees and lineworkers from other cooperatives have been in the field since early Tuesday morning working to restore power to members.

“They are replacing broken poles and cross arms, getting downed lines back up, removing tree limbs and restoring circuits,” said SEC officials in a Facebook post. “Besides the snow and ice, trees are still falling, some roads have not been cleared and many of our lines are in remote areas, making the restoration even tougher.”

SEC said they were confident it will have about 99% of members’ electricity restored by Thursday, Jan. 6.

According to the Virginia State Police, downed trees and ice were significant issues for much of Virginia.

As of Tuesday morning, VSP was still asking drivers to stay off the roads in an effort for VDOT to expedite the process of clearing, treating and plowing interstate, primary and secondary roadways.

From 12 a.m. Monday, Jan. 3 through midnight, VSP responded to 988 reports of disabled/stuck vehicles and 1,002 traffic crashes.

As of press time, Tuesday, Jan. 4, VDOT was reporting that fallen trees and power lines continue to slow clearing.

“Conditions vary greatly, with most primary highways seeing just patches of snow and ice remaining on the roads,” said VDOT Communications Manager Len Stevens. “The snow fell heaviest in the north and east of the district – in Cumberland and Prince Edward counties.”

According to Stevens, power outages affected traffic signal lights at several intersections, with some operating off generators.