A recent ConsumerAffairs report has ranked Virginia as the ninth safest place to live. 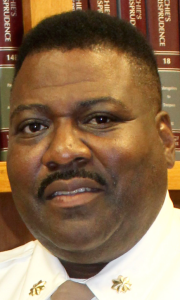 In addition, the top 10 safest states were also broken down by safest small towns, midsize towns and large cities.

In the commonwealth, the safest small town was Cape Charles, the safest midsize town was Purcellville, and the safest large city was Virginia Beach.

Although the towns within the county did not make the list individually, the county as a whole received top ranks.

Charlotte County Sheriff Royal Freeman said there are several reasons the crime rate remains low in the county as compared to many other areas across the commonwealth.

According to the Pew Research Center, the wide gap exists when, in reality, violent and property crime rates have actually dropped dramatically since the 1990s.

In Charlotte County, according to Crime Grade, the county receives an A grade when it comes to overall crime.

The A grade means the rate of crime is much lower than the average U.S. county.

When it comes to violent crime, Crime Grade gives the county an A grade as well, meaning the rate of violent crime is much lower than the average U.S. county.

“Our deputies and their families reside in and go to school and church in our county. The communities know them, and they know their community,” Freeman said. “They have an interest in keeping Charlotte County safe and secure. Finally, it is our cooperation with our state law enforcement partners, schools and other civic organizations that help keep our county safe.”

In addition to Virginia, the top 10 safest places to live in the U.S. are:

The ConsumerAffairs Research Team used 2020 data from the FBI’s Crime Data Explorer and 2019 data from the U.S. Census Bureau’s Annual Survey of State and Local Government Finances to determine the safest states and cities in the country.