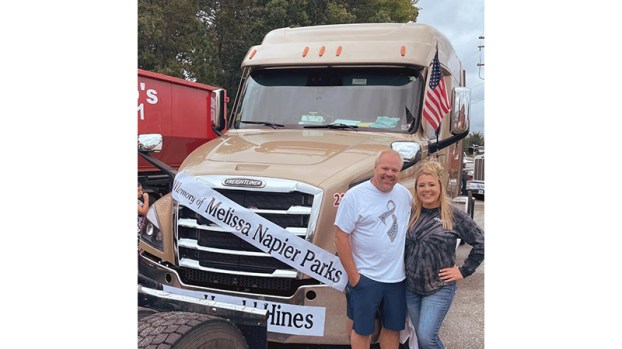 Brian Parks and his daughter Mary-Laurel Parks stand in front of a truck carrying a banner honoring their wife and mother Melissa Napier Parks who lost her battle against brain cancer one year ago. 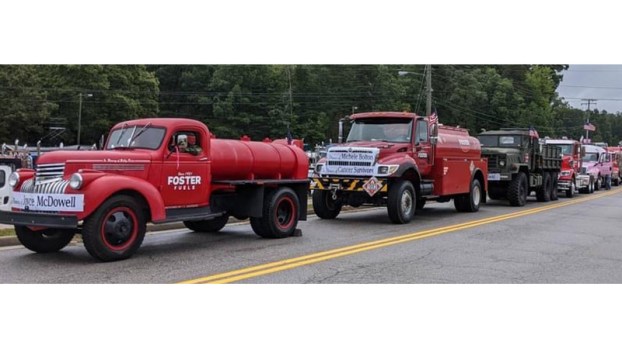 Hundreds of trucks took part in the Saturday, Oct. 9, Trucker’s Parade Against Cancer. The event has raised over $1 million dollars over the last 19 years in the fight against cancer. 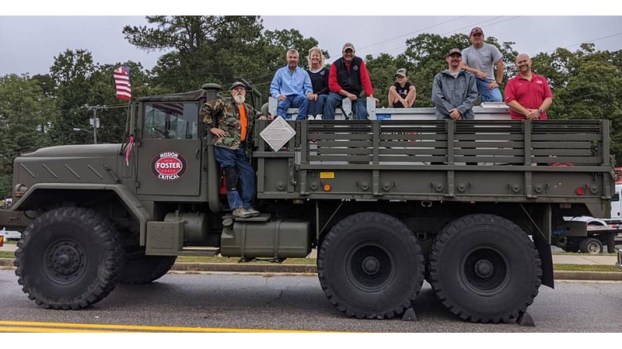 The staff at Foster Fuels took part in the 20th Trucker’s Parade Against Cancer. 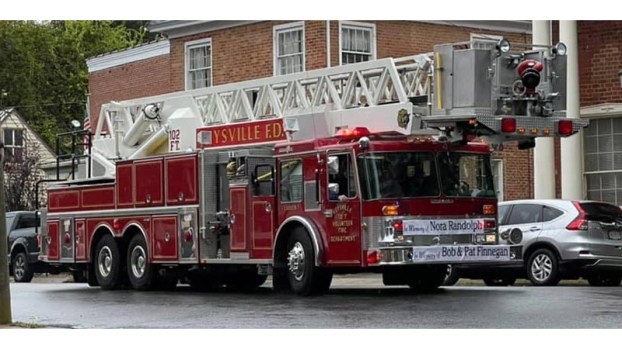 Members of the Keysville Volunteer Fire Department honored Nora Randolph and Bob and Pat Finnegan with a banner on its new ladder truck.

a banner was carried in honor of Lindsay Worrell and her fight against cancer. 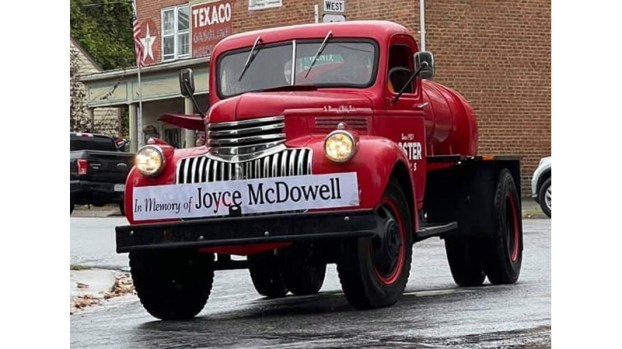 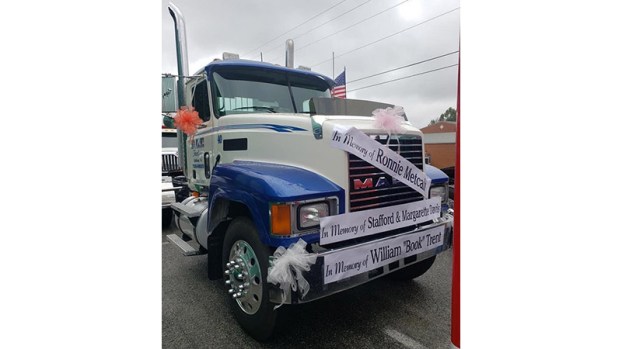 Crowds lined the streets for the 20th Truckers Parade Against Cancer on Saturday, Oct. 9, to see trucks carrying banners in honor of, or in memory of, someone who has been affected by the disease.

Over the past 19 years, the event has raised around $1.2 million for the fight against cancer.

“It is hard to explain the feeling in the air when you witness just how many lives have been touched by this disease,” explained Co-Founder and team member Shelia Jones.

The parade route traveled approximately 15 miles throughout the county before ending at Southside Virginia Community College in Keysville.