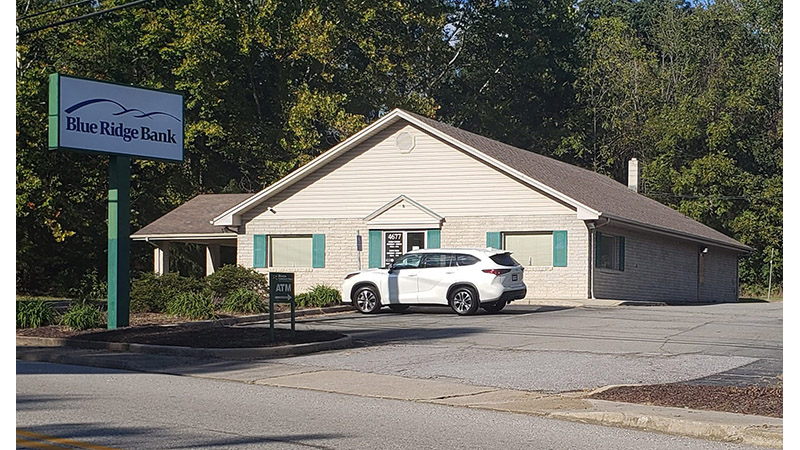 The only bank in Drakes Branch closed its doors for the final time on Thursday, Sept. 30.

On Thursday, Sept. 30, Brenda Lacks locked the doors to the Blue Ridge Bank for the final time ending a 47-year career in the banking industry and shutting the doors to a community bank following an announcement that the branch office would close.

According to Lacks, Blue Ridge Bank officials have decided to close the Drakes Branch office and several other smaller branches.

“Our branch did good,” Lacks said. “We were a large deposit branch. It was demographics. They just decided they did not want to be in small areas.”

In addition to Drakes Branch, Lacks said other offices in Stuart, Zions Crossroads, Burgess, and Colonial Beach would close as well.

Lacks said for her she would retire, and the two remaining employees will be faced with finding employment elsewhere.

Over the years, Lacks said she has seen many changes in the bank industry one being automation.

“So many of the positions cut from the local branches and automation changed banking tremendously,” Lacks said. “Some of the changes have been good for the customers but did change the amount of foot traffic in the branches.”

Lacks came to work at the Drakes Branch office in April of 1974.

“When I started with the bank, we were Fidelity National Bank,” she said. “We went through several name changes Fidelity American Bank and then Central Fidelity Bank.

Lacks said the first bank actual merger took place around 1997 when they merged with Wachovia Bank.

“F&M Bank acquired our branch along with several other branches in 2000, and in 2002, we were acquired by First Community Bank,” Lacks added. “We were with First Community until June of 2006. Our branch was sold to Smith River Bank in Martinsville. Later, the bank changed its name to River Community Bank, and it merged with Blue Ridge Bank in December of 2016.”

As for the branch building, according to Drakes Branch Mayor Denise Pridgen town officials are looking at other banks that will hopefully open in the community.