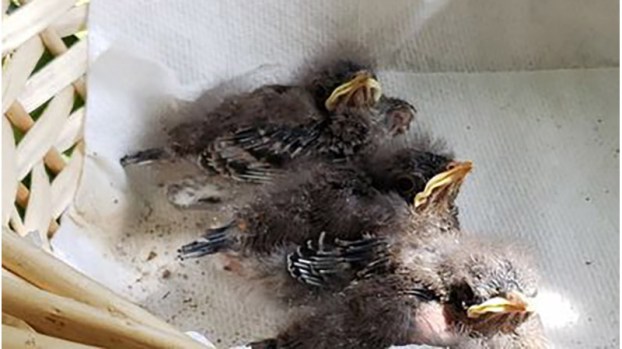 It took a community effort to save several baby birds that had fallen from their nest last week. 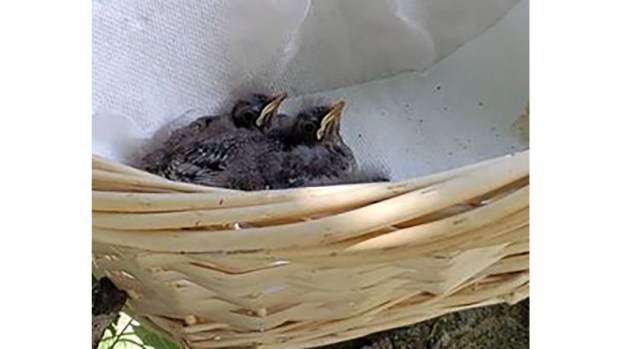 With the help of good Samaritans, several baby birds were rescued last week.

Elizabeth Osborne was on her way to the Bank of Charlotte County Thursday, Aug. 5, when she noticed a flock of baby birds lying on the ground under a tree in the Courthouse Square.

Osborne asked several employees at the bank if they could help.

An employee at the bank, Cynthia Horvath, said she and several other employees helped Osborne.

“She asked for our help, so the girls at the bank and I contacted a few people we know to ask them what to do,” Horvath said, “We were told to get them off the ground back in the tree.”

Horvath said the nest was broken, so they improvised.

“We couldn’t get them back in the nest, so we made one,” Horvath said. “We put them in a basket after getting attacked by the mother bird several times.”

According to Horvath, the mother bird began to feed the baby birds once again and even decided to make the basket her new home.