While the COVID-19 pandemic kept school divisions busy making daily operating decisions in 2020, this school term, divisions around the commonwealth are faced with creating a more inclusive environment for transgender and non-binary students.

“We’ve been dealing with this since 2016, and we’ve had no issues,” Mason said. “If we have had a transgender student come to us and say they feel uncomfortable in a certain situation, then we have worked with the child and parent to offer accommodations for that student on a case-by-case basis. Students and parents have been agreeable to the use of private restroom options, and we have had no issues. However, it is important to remember that transgender restroom use based on gender identity is grounded in case law and we must comply with the law.”

In early spring, the Virginia Department of Education (VDE) released a model policies guideline for the Treatment of Transgender Students, but school divisions may choose to adopt a stricter policy than the model.

“The 2020 legislation requires local school boards to ‘adopt policies that are consistent with but maybe more comprehensive than the model policies developed by the Virginia Department of Education by the start of the 2021-2022 school year,” said VDOE spokesman Charles Pyle.

This is a requirement at the Virginia Department of Education (VDE) direction following legislation approved by the General Assembly in 2020 to provide model policies to school boards that comply with nondiscrimination laws, maintain a safe and supportive learning environment free from discrimination and harassment, and that prevent bullying and harassment.

One section of the policy that has been the subject debate for several school divisions around the states read, “All students are entitled to have access to restrooms, locker rooms and changing facilities that are sanitary, safe and adequate so that they can comfortably and fully engage in their school programs and activities. Schools frequently maintain separate restrooms, locker rooms, or other facilities for males and females. Students should be allowed to use the facility that corresponds to their gender identity.”

“School boards are not required to consider the model policies provided by the Virginia Department of Education,” Mason said. “Our school board approved Virginia School Board Association policy updates in June. This meets the minimum requirement of having a transgender policy as required by the General Assembly.”

Mason said currently, the issue is not on the August 10 school board meeting agenda.

In 2014 a Gloucester County High School Gavin Grimm requested to use the boy’s bathroom, stating he was transgender.

Grimm used boys’ bathrooms for two months without a problem or complaint from his classmates, teachers, or administrators with the principal’s permission.

Once parents learned of the situation, they demanded a change and confronted Grimm as well as school officials at contentious hearings.

According to court documents, in December 2014, Gloucester County High School officially banned him from using the boys’ bathrooms.

Grimm sued the school district, stating they violated the equal-protection clause and Title IX when it barred him from the boys’ restroom.

The ban, which also applied to locker rooms and would affect any other transgender students who came out led to lawsuits that made their way to the U.S. Supreme Court.

After years of court hearings, In June the U.S. Supreme Court refused to accept the Gloucester County School Board’s appeal.

“At the heart of this appeal is whether equal protection and Title IX can protect transgender students from school bathroom policies that prohibit them from affirming their gender,” U.S. Circuit Judge Henry F. Floyd wrote for the majority in upholding a series of federal district court decisions in favor of Grimm in 2018 and 2019. “We join a growing consensus of courts in holding that the answer is resounding yes.”

The VDE model policy can be viewed at https://www.doe.virginia.gov/support/gender-diversity/transgender-student-model-policies.docx. 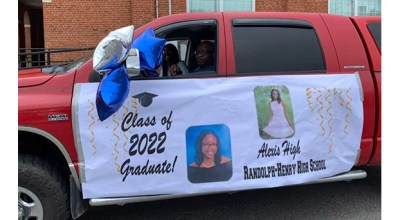 Class of 2022 takes part in parade 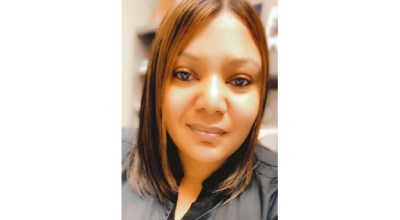 To mask or not to mask