Bringing technology to the farm 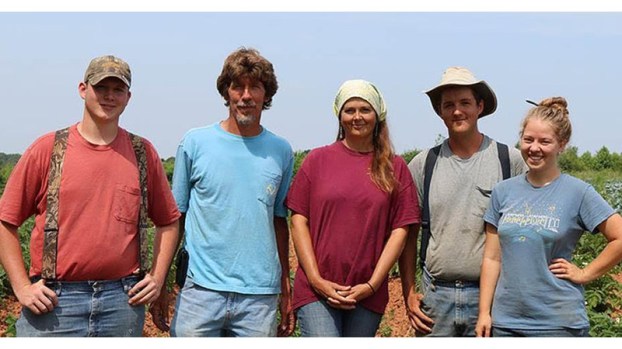 The owners of Archlynn Farm are utilizing the latest technology to get a jump start on the growing season with high tunnel farming. Pictured are, from left, Eli Price, Michael Carwile, Amy Carwile, John Price and Beth Price. 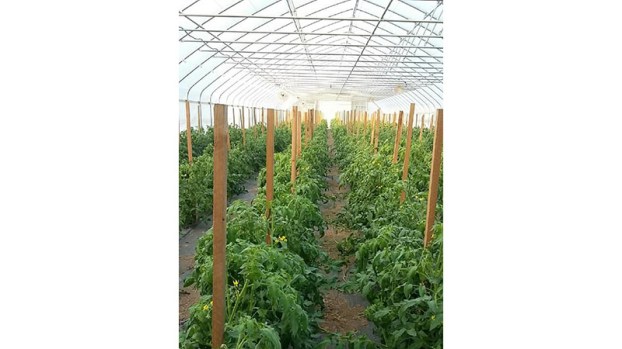 A high tunnel can be used to grow plants through to harvest, whereas greenhouses are mainly used to start seeds and prepare plants before planting them elsewhere.

Archlynn Farm owners are utilizing the latest technology to increase production and get a jump start on their growing season.

Archlynn Farm, located on Hill Cross Road in Charlotte Court House, is family-owned and operated by Michael and Amy Carwile and John and Beth Price.

The technology the owners are bringing to the area gained Gov. Ralph Northam’s attention, who visited the farm for a tour in February.

With 35 years of experience, the Carwile’s have diversified and use high tunnel houses to supply the community with a variety of year-round produce and cut flowers.

According to co-owner Beth Price, who works at the farm, high tunnel farming is the process of growing produce, flowers, or other plants in a plastic enclosed “house” or “tunnel” in order to extend the growing season.

“The tunnel is warmed passively by the sun and has roll-up sides to allow for ventilation during the summer,” Price said. “A high tunnel is actually just a very tall and more permanent “hoop house”, similar to those that home gardeners might use to start plants before the frost date. In fact, small “hoop houses” are also called “low tunnels.”

Price said the biggest advantage to growing in a high tunnel is the producer can get a jump start on the season.

“Starting to grow summer veggies early is a huge blessing,” Price said. “We also are able to grow some greens in the tunnels all during the winter, even when there is snow and ice outside,”

According to Price, other advantages include less product loss from pests, rain, and other elements, and the fact that it is a comfortable environment for harvesting, especially during the winter.

“Speaking from lots of experience, it is nice when you don’t have to pick veggies in the rain,” Price said.

High tunnel farming is different from starting plants in a greenhouse in several ways, according to Price.

A high tunnel can be used to grow plants through to harvest, whereas greenhouses are mainly used to start seeds and prepare plants before planting them elsewhere.

“Greenhouses usually have plants growing in pots or trays. However, in high tunnels, the plants are usually grown in the ground,” Price said. “Some farmers do hydroponic growing in high tunnels also, but we just grow our veggies and flowers in the soil.”

High tunnel farming has enabled the family to extend their growing season and profits as well.

“It is a wonderful way to extend the growing season and has allowed us to have produce to sell at markets during the wintertime when we would otherwise not have as much produce.” Price said.