The Charlotte County Fire and Rescue Association hopes the county’s FY21/22 budget will include a sustainable funding increase for each of the county’s seven volunteer fire departments.

The association’s President Walt Bailey addressed the Board of Supervisors, Tuesday, March 30, during the BOS budget work session requesting $75,000 in funding for each department. 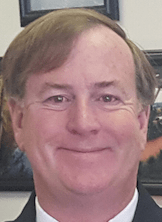 “In order for us to hold our heads above water we need to get our departments to $75,000 each,” Bailey said, “Until we get to that, we are going to continue to sink.”

According to County Administrator Dan Witt, in the FY2021 budget, each department is proposed to receive $55,000.

The fire departments did receive a portion of the county’s CARES Act funds in 2020 and were able to update some equipment.

“Thankfully, with the assistance of the CARES Act money, we were able to update about half of our air-packs,” Bailey said. “Operationally, this blessing has created some issues for us. The new packs, bottles and face pieces do not interface with the old ones. Meaning, while operating on an emergency scene, we cannot intermix bottles or face pieces like before. Which at best delays the rotation of firefighters operating on the scene. Further, due to the mix, we see different apparatuses showing up on the scene with different equipment that doesn’t match what is currently operating, causing additional delays.”

Turnout gear for a firefighter is another need Bailey said that needs to be addressed.

“When someone new joins, we make every attempt to repurpose existing gear, even reaching out to other departments to find the correct sizes,” Bailey said. “Unfortunately, with all the size differences, it is very difficult to properly outfit new members. This is creating many issues for us.”

During his address, Bailey brought up the issues that in 1988 and again in 2009, the board requested the state study the fire and EMS agencies.

“Sadly, the board at the time did not take any action on the state’s recommendations, and now we are paying the price. We are respectfully requesting you re-examine this document.” Bailey said.

One of those features included hiring a full-time fire and EMS coordinator.

According to Bailey, this person should be both a fire and EMS instructor who could provide all the training. He/she could work on grant funding as well as ensure all agencies are working to be in compliance with federal and state mandates.

“The right person in that position will pay for that funding,” Bailey said.

“Currently, due to budget cuts on the federal level, we no longer can compete with larger departments for these funds and are disqualified due to our smaller individual numbers,” Bailey said. “If we were codified as a whole, we could qualify and compete with other counties that are getting these funds. These grants could provide the county with funding to replace turnout gear, air packs and trucks.”

The BOS gave Bailey no decision as they are still in the budget work session process and were scheduled to discuss the issue at their second wok session on Tuesday, April 6.