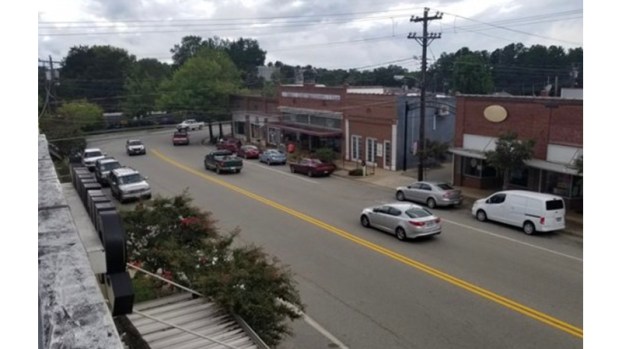 The Town of Keysville is looking to expand the county’s enterprise zone to include the downtown area.

In an effort to bring more businesses to fill vacant buildings in downtown Keysville, the town council is looking to expand the county’s enterprise zone to include the downtown area.

“By offering this economic development incentive in the downtown portion of Keysville, Town Council believes that it can help attract businesses to fill vacancies,” Sandridge said. “From the Keysville Post Office to Railroad Avenue, there are currently five vacant storefronts along Main Street, and unfortunately, the start-up costs associated with operating a business are oftentimes prohibited for certain businesses and or investors.”

Sandbridge said the local incentives and state grants that come with being an enterprise zone would help make the district more appealing.

The Virginia Enterprise Zone (VEZ) program is a partnership between state and local government that encourages job creation and private investment. VEZ accomplishes this by designating enterprise zones throughout the state and providing two grant-based incentives, the Job Creation Grant (JCG) and the Real Property Investment Grant (RPIG), to qualified investors and job creators within those zones, while the locality provides local incentives.

Currently, the county has an enterprise zone in partnership with Lunenburg and Prince Edward counties.

Charlotte County’s portion of the enterprise zone is contained in the Heartland Park located along Highway 360 in Keysville.

According to County Administrator Dan Witt, the county can have two additional noncontiguous portions of an enterprise zone, and the town could add its own incentives within that zone.

According to Sandbridge, council is expected to view the expansion map, discuss local incentives and take a vote at its April meeting.

The enterprise zone expansion will then need to be voted on by the Charlotte County Board of Supervisors.