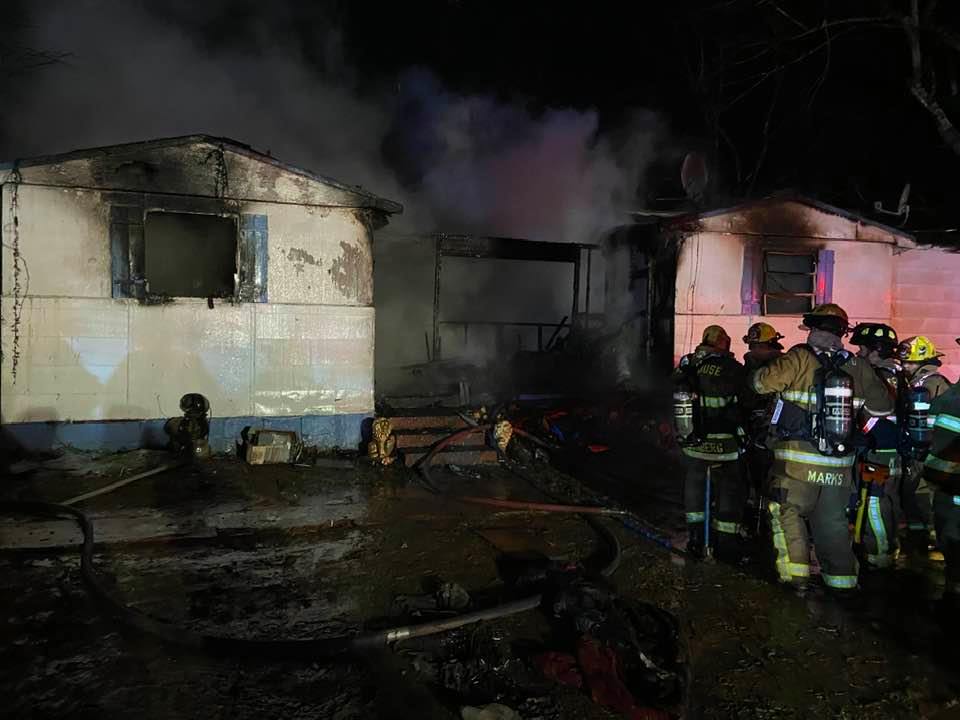 A family of three has lost their home following a Monday night, Feb. 15, house fire that left the home a total loss, according to Phenix Volunteer Fire Department Chief Walt Bailey.

Four fire departments were dispatched to the home located on 815 Robin Road, Brookneal, shortly after midnight.

Bailey said one of the occupants awoke to fire and smoke in the home and was able to get the other two individuals out safely.

According to Bailey, the fire started in the attic. Heavy smoke and fire were showing when crews arrived on scene.

No injuries were reported.

The American Red Cross is assisting the family.

Fire departments from Brookneal, Gladys, Red House and Phenix responded to the call.