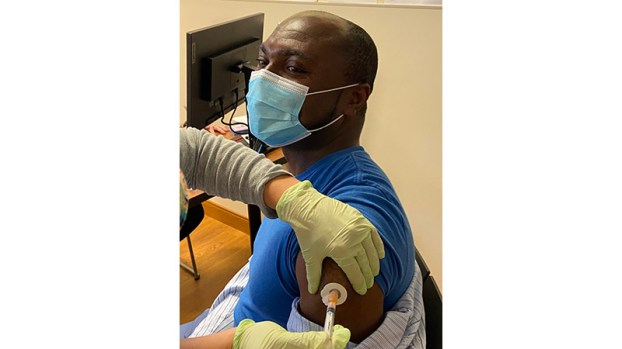 Beginning Wednesday, Jan. 6, the Piedmont District of the Virginia Department of Health (VDH) announced the start of its COVID-19 vaccination campaign, making way for what some health officials say could be the remedy for the virus we have all been waiting for.

Crawford was unable to confirm how many vaccines would be allocated for Charlotte County, but according to VDH’s dashboard, as of Tuesday, Jan. 12, 147 people in the county have received the vaccine.

Some examples of health care personnel who are eligible under Phase 1a for the vaccine are emergency medical service staff, physicians, nurses, dentists, and pharmacists.

Phase 1a also includes long-term care residents and staff that are being vaccinated through a federal partnership with CVS and Walgreens.

According to Crawford, all of the Central Region is under Phase 1a.

“We do not have an exact timeline yet of when Virginia will move to the next phase,” Crawford said. “However, all areas of the commonwealth are expected to move to Phase 1b before the end of January.”

VDH estimates it will take several weeks to months to vaccinate Virginians who fall into Phase 1b.

Crawford said, as the availability of the vaccine increases, Virginia will move to the other phases.

Phase 1b, which some parts of the commonwealth entered this week, includes people age 75 and older, correctional facility inmates, people living in homeless shelters or migrant living facilities, and a broad spectrum of front line essential workers to include police, fire and hazmat workers, corrections and homeless shelter employees, childcare/ PreK-12 teachers and staff, food and agriculture workers (including veterinarians), manufacturing workers, grocery store and public transit workers, mail carriers (both USPS and private) and officials needed to maintain continuity of government, including judges and public facing judicial workers.

Phase 1c, which no parts of Virginia have entered yet, includes people age 65 and over, those above age 16 with an underlying medical condition and other essential workers to include those in the fields of energy, waste, wastewater and waste removal, recycling removal, housing construction, food service, transportation and logistics, institutions of higher education (faculty and staff), finance, information, technology and communication, media, legal services, public safety (engineers) and other public health workers.

Crawford said Virginians who do not fall into priority phases would be offered the COVID-19 vaccine when it is more widely available.

“Once the vaccine is rolled out to the general public, distribution will be similar to the flu vaccine,” she said. “People will be able to get the vaccine from a local pharmacy and their primary care physician.