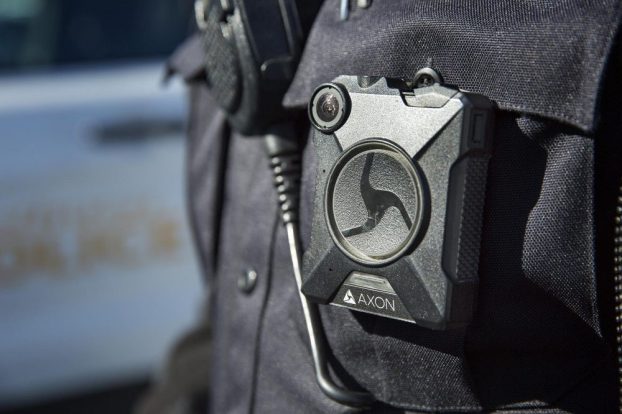 Sheriff’s office to get body cameras

The Charlotte County Sheriff’s Office will add new technology to its uniforms in the coming months after waiting two months for the Board of Supervisors (BOS) to approve funding for body-worn cameras for deputies.

In July, Freeman addressed the BOS seeking $42,000 to purchase 18 body cameras for his deputies.

At the September meeting, Freeman once again addressed the board, pointing out the need for body-worn cameras.

“I applaud you as sheriff that you are concerned about transparency,” Pierantoni said.

At the July meeting, Charlotte County Commonwealth Attorney William Green told the board he agreed with everything Freeman said, but the use of body cameras could come with unanticipated expenses.

“Body cameras are probably something that is a very good idea in today’s world,” Green said.

Because an additional position would be needed in the commonwealth’s attorney office, the county could be looking at $50,000 to $80,000 more annually.

According to Green, he would need an individual with a legal background to view and go over camera footage for cases during that meeting.

Although Green was not in attendance at the September meeting, he sent a letter to members explaining that he and Sheriff Freeman could work together to utilize his full-time assistant commonwealth attorney position to review footage and meet state code for body-worn cameras.

“I am hopeful that my compensation board-funded assistant’s position will be filled in the near future. Should the board determine to implement body-worn cameras, it may be that my office can meet its obligations in that regard with the addition of that assistant commonwealth’s attorney,” Green wrote. “Unfortunately, there is no way to be certain of that until we can ascertain exactly how many man hours will be required per week after implementation and I may need to seek additional local funding in the future.”

Following the board’s approval of CARES funding to Freeman, Supervisor Pierantoni who made the motion to table Freeman’s first request, said, “I’m grateful Sheriff Freeman wanted these cameras to bring about more transparency and that Commonwealth Attorney Green worked through the initial concerns to make it a reality for the county.”

Sunday, Sept. 13, was a momentous day for Joe Reed, his family, friends and all of Charlotte County. Reed, who... read more