The Charlotte County Sheriff’s Office is the only sheriff’s office in the area without body cameras for its deputies. Sheriff Royal Freeman is hoping to change that. 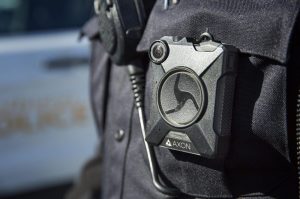 Freeman addressed the Charlotte County Board of Supervisors (BOS) Monday, July 13, seeking approval of $42,000 to purchase 18 body cameras for his deputies.

Freeman said he is hoping to use a portion of the county’s CARES Act funding for equipment.

“I applaud you as sheriff that you are concerned about transparency,” Pierantoni said.

“Tell me the number of complaints you received in the last year of citizens against your deputies and how many people have sued the sheriff’s department in the last year?”

Freeman said since he took office in January, he has not had any lawsuits and maybe three complaints.

“So, we’re going to spend $42,000 because we might get three complaints and zero lawsuits,” Fore replied.” I’m just trying to be clear here and what the real problem is.”

“One lawsuit is going to cost twice as much as is what you would pay for the camera,” Freeman replied.

During his address, Freeman also said deputies wearing body cameras could help them, and the community stays safe as deputies come in contact with individuals each day that may be COVID-19 positive and not know it.

“The camera footage will give us means of going back to identify and hopefully contact everyone that was at an incident and let them know of possible exposure,” Freeman said.

Charlotte County Commonwealth Attorney William Green told the board he agreed with everything Freeman said, but the use of body cameras could come with unanticipated expenses.

“Body cameras are probably something that is a very good idea in today’s world,” Green said.

Because an additional position would be needed in the commonwealth’s attorney office, the county could be looking at $50,000 to $80,000 more annually.

According to Green, he would need an individual with a legal background to view and go over camera footage for cases.

“I spend a lot of time telling folks things they may not want to hear, but I also didn’t want you to think that just the cost of the cameras was going to be the cost of this process,” he said.

The BOS made no decision on Freeman’s request tabling the decision until next month on a motion by Pierantoni.

Piedmont Senior Resources (PSR) Area Agency on Aging has been notified by Meals on Wheels of America of its success... read more