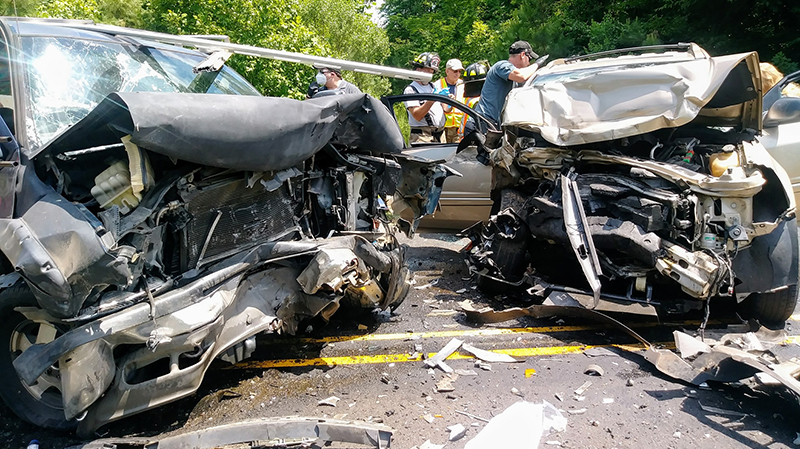 A 63-year-old Chase City woman was injured, and her passenger was killed following a head-on wreck on Route 49 Saturday, June 27.

According to the Virginia State Police (VSP), the accident occurred at 2:15 p.m. on Route 49, approximately a mile and a half south of Route 622 when a 1999 Chevrolet pickup truck driven by Jesse L. Gillespie, 23, of Buffalo Junction was traveling south on Route 49 when it crossed the center line into the northbound lane and struck head-on a northbound 2005 Chevrolet Equinox.

The driver of the Equinox Diane Garrett, 63, of Chase City, and the front-seat passenger were flown to VCU Medical Center in Richmond for treatment of serious injuries.

The backseat passenger of the Equinox, Grace A. Ferrell, 69 of Buffalo Gap, died at the scene.

Gillespie was transported by ambulance to VCU Health Community Memorial Hospital in South Hill for treatment of minor injuries.

Charges are pending. The crash remains under investigation.