In a failed, 4 to 3 vote by the Charlotte County Board of Supervisors (BOS) members who would like to, can still receive county health insurance.

During its May meeting on a motion by Wylliesburg/Red Oak Supervisor Kay Pierantoni and seconded by Phenix/Aspen Supervisor Donna Fore, the motion was brought up to discontinue health insurance for all BOS members effective Aug 1.

According to County Administrator Dan Witt, currently Chairman Garland Hamlett, Vice Chairman Gary Walker, and Supervisor Robert Shook are the only members who take the county health insurance costing a total of $23,409.

Walker, Shook, and supervisors Will Garnett and Tony Reeves voted against discontinuing the health insurance.

The Charlotte Gazette reached out to Chairman Hamlett on several occasions inquiring if he would now give up his county paid insurance since he voted yes. After repeated requests, Chairman Hamlett has failed to comment. Hamlett also did not make any comments during the BOS meeting when the topic was discussed.

Supervisor Reeves said he agreed with Pierantoni but did not think it was right to “pull it away from them now.”

“When anybody new comes on, I think they ought to know right from the start that they do not have insurance,” Reeves said.

Supervisor Shook, who currently receives county paid health insurance, said he thinks it is a benefit for the board members and prospective members.

“I mean, we’ve had this forever, and as Kay has mentioned, some of the other counties provide insurance,” Shook explained. “This is the only benefit that the board has.”

Supervisor Garnett added during the discussion that “You can’t pull the rug out from someone once they say yes, they will represent the county.”

Garnett said that he was unemployed and without insurance when he ran for the BOS and that the insurance benefit was one of his deciding factors for running.

“I am disappointed to hear that some of you believe that having the insurance is some kind of deciding factor for someone to run for office and sit in this seat,” Supervisor Fore said.

Fore further said that someone should run for a BOS seat because they have a commitment and a love for the people of the county and want to do what is right for its citizens.

“The fact that you sit here, and you think you’re entitled to this, it’s disappointing,” Fore said.

“You should be in this seat not to get some stupid benefit from the county, but because you love the people that you serve, and you’re only there to serve their needs.” 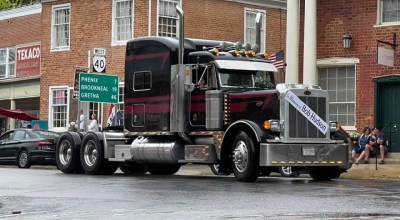