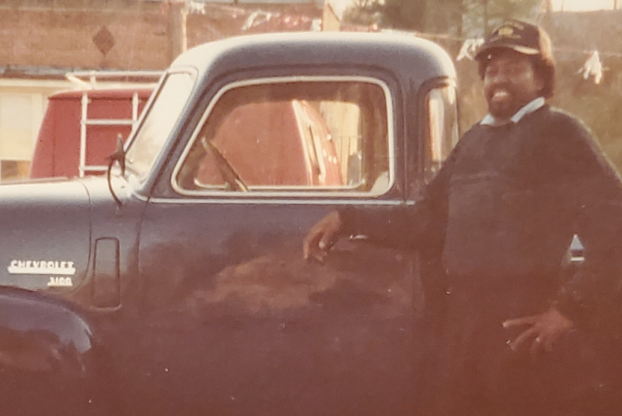 Charles Smith stands in front of one of the many vehicles once on his lot at Smith’s Auto Sales in Drakes Branch.

A long-time Drakes Branch businessman who passed away Friday, April 17, is remembered as a man of wisdom and for his loving spirit and outgoing personality.

Charles T. Smith known to most as “Smitty” opened Smith’s Auto Sales on Main Street in Drakes Branch with his wife Joyce in November 1988.

“This business was in the heart of the small town but made a major impact and remained until his death,” Smith’s son Derek Smith said. “I can remember the passion my father had serving the community, and even though we mainly sold used cars, his motto for the longest time was, ‘make em like new.’”

Smith said his dad prided himself on being able to fulfill any order. Even though Smith and his brother Chuck were young at the time Smith’s Auto Sales opened, they had their place and duties.

Charles Smith was born and raised in Charlotte County. As a youth, he was ambitious and determined. He started out his career in sales, selling everything from luxury floor model TVs, to furniture, appliances and more.

“He was more than a car dealer. He was a counselor, a father, a brother, a voice of wisdom, all to his customers,” Derek said. “I was also impressed by how savvy my dad was because he was able to acquire brand new vehicles for many customers over the years that wanted that new car experience. If you purchased a vehicle from Smith’s Auto Sales, it was definitely a real clean automobile.”

Smith says his dad’s business was built on helping others and often times helped those wishing to purchase a vehicle find financing and assisted many customers in rebuilding or establish credit.

“He was able to speak to lenders on behalf of many of the customers that struggled to get approved. If he believed in you, he would go the bat for you.” Smith said.

Charles Smith graduated from Central High School in 1966. He furthered his education by earning an associate’s degree at Southside Virginia Community College in Keysville.

Charles was also ordained as a deacon and trustee at the St. Michael Baptist Church in Drakes Branch, where he served as the chairman of the deacon board.

“He taught me what a real man should be,” Derek said. “He taught me to love, to share, to do all things with passion and excellence.”