A 39-year-old Keysville man has been arrested and charged with possession of a controlled
substance after an incident at Sheldon’s Motel in Keysville Wednesday, April 1.
According to the Charlotte County Sheriff’s Department, a complaint call was made around 4:30 a.m. on Wednesday by an individual staying at the motel stating that someone was knocking on a door. 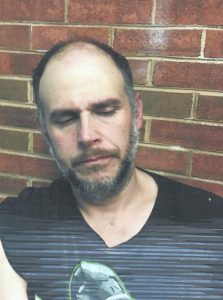 “When the deputy arrived, he observed a male subject sitting in a pick-up truck in front of the
caller door. The individual could not produce any identification and was asked to exit the
vehicle,” the release stated.
Upon investigation, the individual was identified as George Arrington.
Arrington is currently held in Charlotte County Jail with no bond.

Charlotte County officials learned Wednesday, March 18 that a $31,000 penalty payment made to the Internal Revenue Service (IRS) in... read more