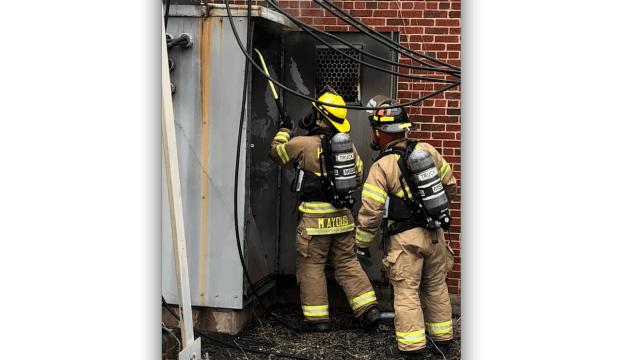 Six fire departments responded to a fire at the former West Point Stevens building at 635 West Point Stevens Road in Drakes Branch Monday, March 30, at approximately 8:30 a.m. According to Drakes Branch Volunteer Fire Department Assistant Chief James Napier, the fire is believed to be electrical in nature. Napier said a mini substation outside the building shorted, causing the inside of the building to fill with smoke. The building is currently used as a tobacco storage warehouse. Keysville, Charlotte Court House, Bacon District, Phenix, and Hampden-Sydney Volunteer Fire Departments responded to the fire. Pictured are firefighters working to extinguish the fire.

Families adjust to a new norm

Families across the country are learning a new routine and adjusting to daily changes that have occurred due to the... read more