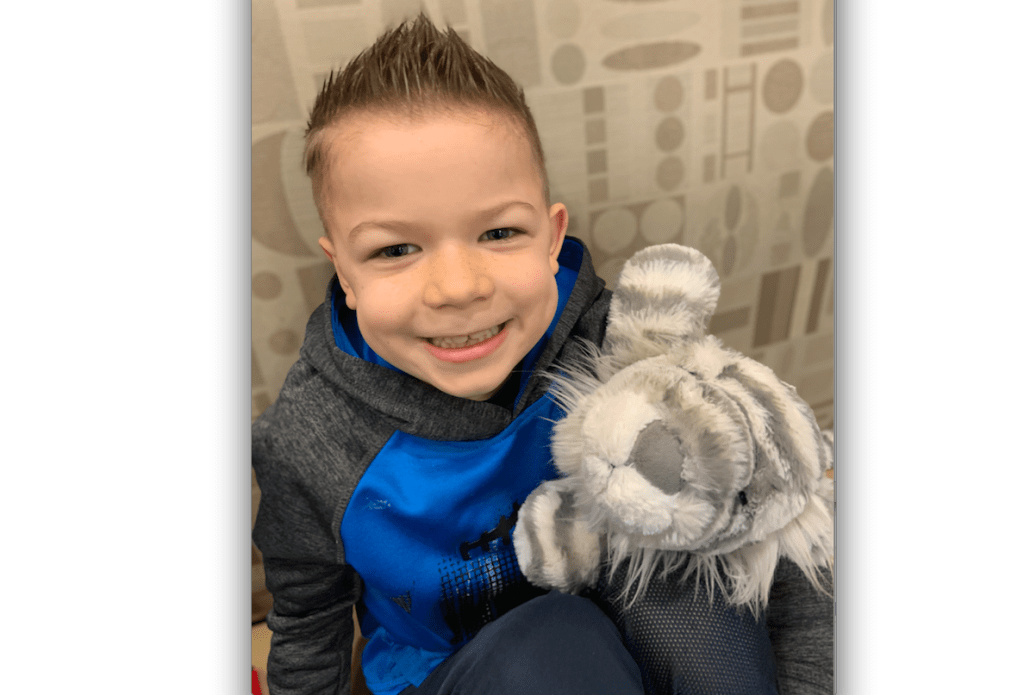 While most in Charlotte County have been adjusting to a new normal the past two weeks, one Phenix family has been living a nightmare since last fall.

John and Danielle Puig’s 6-year-old son Zeke was diagnosed with a rare form of cancer after several months of tests.

According to Danielle, she took Zeke to see his pediatrician last Oct. 28 after a slew of worsening symptoms and a mama’s gut that strongly said something was wrong.

“After he had his blood tested and time was getting longer and longer before anyone returned, I knew it wasn’t good,” Danielle Puig said. “Our sweet and amazing doctor returned, and immediately I knew I was going to hear the words I’d been thinking – leukemia.”

She said they were sent straight to the University of Virginia Hospital, where they spent the next three days thinking their son had Leukemia, but following a bone marrow biopsy, they received the diagnosis of Severe Aplastic Anemia (SAA). SAA is a rare bone marrow failure disorder.

With some not-so-typical symptoms along the way, a second condition was added in January when Zeke was diagnosed with Systemic Juvenile Idiopathic Arthritis (SJIA).

Puig said on Feb. 12, Zeke had a second bone marrow biopsy at The Children’s Hospital of Pennsylvania, and things changed from there.

AML is a type of cancer of the blood and bone marrow.

Zeke was admitted to the hospital March 16 where he began chemotherapy that same day.

“It’s devastating to watch your child go through a journey like this, so we are deeply wounded for him,” Puig said. “But we also have felt overwhelmed with strength, not of our own, and peace too. God has been leading us every step of the way and our church family at Midway Baptist has helped carry our burden tremendously, too.”

Currently, Zeke is still in the hospital as he is entirely immunocompromised since the chemotherapy.

“Hopefully, in another two to three weeks, we will begin to see his body recover,” Puig said. “He will still have a bone marrow transplant in the future after he finishes all the rounds of chemo necessary.”

Throughout all of this, Puig says her son has been courageous and positive.

He’s really done phenomenal so far,” she said. “Zeke is one of our more sensitive kids, and we’ve been in awe of the strength, ease, and flexibility he has. Don’t get me wrong, there has been lots of hard times, like his PICC-line dressing changes, which he strongly dislikes, and the future holds more tough changes, but he has rarely ever complained.”

A Facebook page has been started for Zeke, where his family shares his daily updates. That page can be found at www.facebook.com/Pray-for-Zeke-fighting-Acute-Myeloid-Leukemia

Zeke has enjoyed getting cards and well wishes during his stay in the hospital. His mailing address is Zechariah Kyle Puig, UVA Medical Center, 1215 Lee St., Pediatric hematology/oncology #7144, Charlottesville, VA 22903.