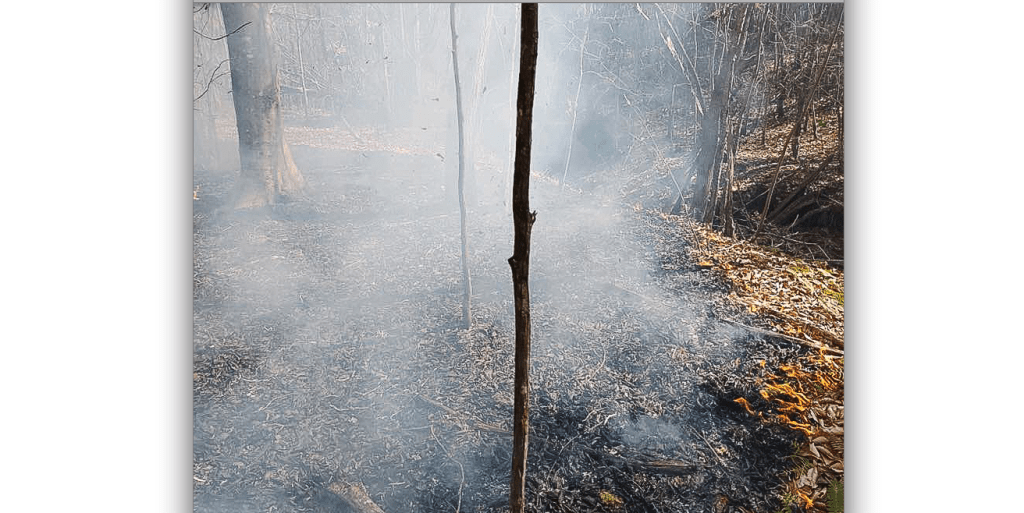 An estimated five areas were burned following a large-scale fire just off of Highway 59 in between Drakes Branch and Keysville. The cause of the fire is undetermined.

Multiple fire departments responded to a large-scale brush fire Sunday, March 8, at around 1 p.m. off of Highway 59 just outside Drakes Branch.

According to Drakes Branch Fire Chief Kenny Tharpe, the origin of the fire is undetermined. An estimated five acres were burned.

Firefighters from Keysville, Charlotte Court House, Bacon District, Drakes Branch, and Meherrin responded to the blaze as well as the Charlotte County Rescue Squad, Virginia Department of Forestry and VDOT.

A drone was used to better access the large area that was burning. Departments cleared the scene around 4:30 p.m.

Citizens are reminded there is a 4 p.m. burn ban in effect until April 30.

The 4 p.m. burn ban includes open-air burning before 4 p.m. in the afternoon if a fire is within 300 feet of the woods or dry grass, which can carry the fire to the woods.

Citizens are allowed to burn between 4 p.m. and midnight as long as proper care and precautions are taken.