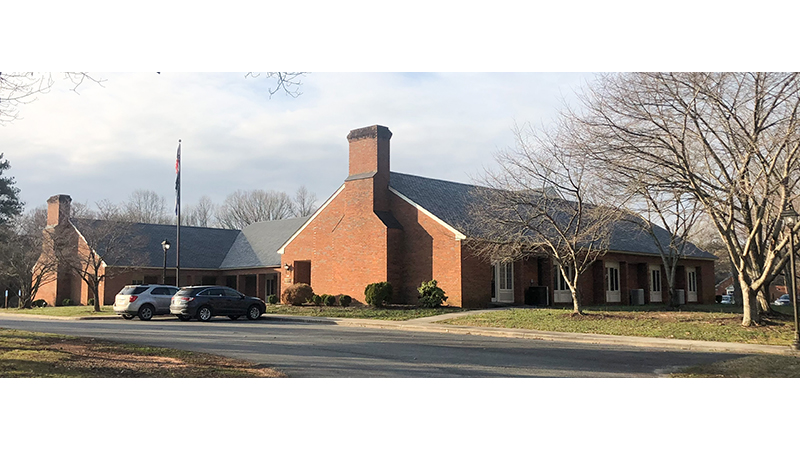 Two armed citizens entered the Charlotte County Administration complex during the board of supervisors meeting to request the forming of a county-wide militia.

Charlotte County was no different during the monthly board of supervisors (BOS) meeting Monday, Feb. 10.

Wearing full camouflage and carrying rifles, brothers Bernie, and Travis Rose addressed the Board of Supervisors during the public comment period.

“I am coming to you tonight to ask for an organized militia, utilizing our current law enforcement to keep us from having issues that are lone wolves who are basically taking the stances that maybe they feel it’s a noble cause, but they could get too far into something and lead us into a situation that could undo everything that we know,” Bernie Rose said.

“I move that we organize this militia to defend the constitution to our absolute utmost abilities. I mean, all hands-on deck, we bring that, I mean, we do what we have to do, and so we’re looking for leadership, and it’s not just myself there are thousands of us that want to see that done. So, I guess I’m basically just putting that in your ear and hoping that we can get something organized.”

Travis Rose also spoke during the public comment period saying a militia would be constitutional.

“If you put the militia under the authority and the supervision of the sheriff, it’s going to be a well-regulated militia like the constitution,” he said.

Bernie Rose presented the BOS with a sample of a resolution to form a militia.

The BOS only listened to comments and did not comment or act on Rose’s request.

A portion of the resolution reads:

“The board of supervisors/sheriff hereby calls for a voluntary muster of those law-abiding citizens, without regard to race, religion, color, sex, or creed, who currently constitute the Unorganized Militia of county, who are between the ages of 18 and 55, and those citizens above the age of 55, who may currently lawfully possess a firearm, and who are willing to serve as auxiliary sheriff’s deputies or as members of a future county name militia, or in support thereof, should circumstances require, to present their persons for review at location on date, subject to the following conditions:

Dressed in khaki trousers, seasonal clothing, and boots or shoes suitable for maneuver training and operating in the field;

Openly and safely wearing a holstered handgun, preferably semi-automatic, and capable of accepting a magazine of 10 or more rounds capacity of 9x19mm or .45 ACP; and/or

Openly and safely carrying, by means of a sling, an unloaded semi-automatic rifle, in good working order, preferably a variant of the AR-15 platform, that is capable of firing the .223 Remington/5.56x45mm NATO standard cartridge; and carrying at least three loaded magazines of 20 or 30 rounds capacity, within magazine carriers worn and secured on the person, to facilitate as much as possible the interoperability of equipment.

Willing to provide contact information to the county board of supervisors or sheriff’s office, for the purpose of incorporation into the county name emergency management plan; for background checks, for assessment of skillsets, and for addition to a phone tree, text messaging or other communication systems, in the event of an emergency, including but not limited to a terrorist attack or other invasions upon the rights of their fellow citizens in county name.”

Charlotte County Sheriff Royal Freeman, who was in attendance, said following the meeting he would need to seek more advice on the idea of a militia to ensure he was doing his duty to maintain the rule of law and avoid unnecessary civil liability.

“I fully support the second amendment and the rights of our citizens to legally possess firearms,” Freeman said. “The unorganized militia is a long-standing tradition in the commonwealth that is in our constitution which I also fully support. That being said it has not been utilized in my career and before I would call out the unorganized militia as sheriff I would like to seek the advice of the commonwealth’s attorney.”

The sample resolution can be viewed in its entirety at www.virginia113.com/the-resolution.