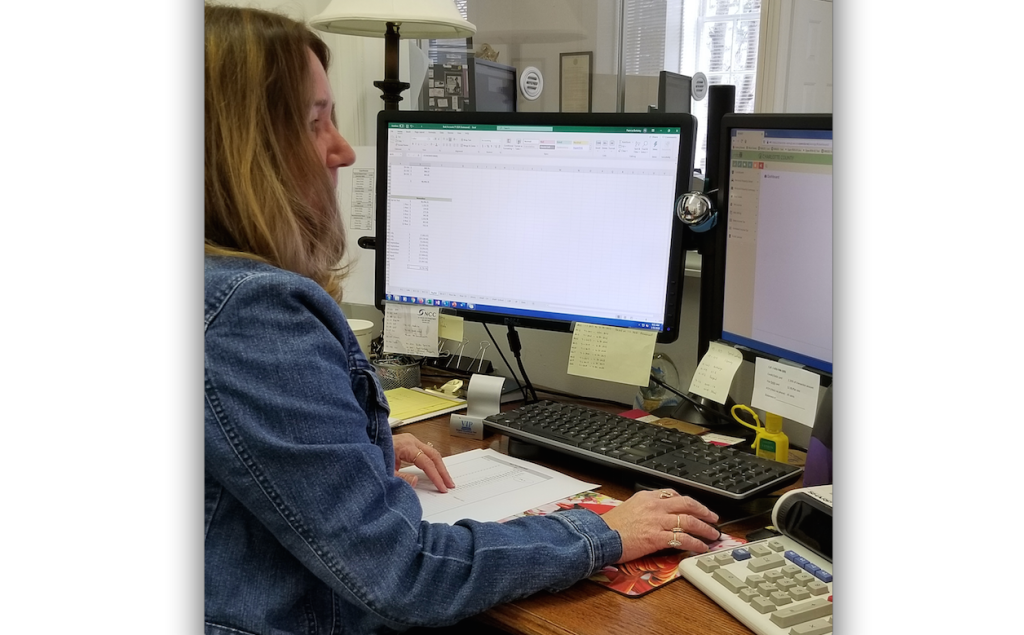 County Treasurer Patricia Berkeley goes over the tax system software each day to ensure its accuracy.

Three years into a new tax system errors continue to persist following a software update in 2017.

Since the update, County Treasurer Patricia Berkeley says issues such as billing addresses, delayed printing of receipts, inconvenience to citizens and delays in mailing out tax bills have occurred.

Berkeley RDA Systems, which has served the county since 1994, updated the tax collections/collection software in early 2017.

Charlotte is a beta test site for the updated version of the software.

“Instead of fixing issues with the existing system, they decided to go with something new,” Berkeley said. “They (RDA) released the new system too soon, and as a result, we have had numerous problems. My biggest problem is that the system will be working fine and then break, and they will spend weeks, sometimes, fixing it.”

According to Berkeley, the system is used to assess, bill and collect taxes that are due. It also handles dog licenses, building permits, state income, and estimated income receipts.

The commissioner of revenue’s office also uses the system to access property values.

One recent issue arose during the December tax collection season in which Berkeley says handwritten receipts needed to be given out to citizens because the system “broke.”

Berkeley says this has happened on more than one occasion.

“Yes, this slows us down,” she explained. “This resulted in the staff staying extra hours to process over $100,000 in receipts taken during the time the system was not working. With the assistance of the staff, we finished everything before opening the office the next morning, but this causes double work.”

The problems have continued for so long that Berkeley has addressed the board of supervisors with her concerns several times.

In August 2018, Berkeley addressed the board saying, while things are not as chaotic as they were, “They are still very problematic and very concerning to me.”

Again in 2019, with issues still ongoing, the board of supervisors agreed that Berkeley could issue an RFP for new software.

“We received a few bids and reviewed three different vendors. The commissioner of revenue and I both agreed they all had features we liked, but nothing stood out as the ideal system,” she said. “With the bids ranging from $300,000 to $500,000, we want a system that we feel best meets the needs before investing that amount of money.”

According to Berkeley at this time, she and Commissioner of Revenue Naisha Carter are not going to seek a new vendor and will give RDA another opportunity to fix the system.

The Charlotte Gazette reached out to President and CEO of RDA Systems Dave Davis for comment but did not hear back, however, Davis did address the board of supervisors in November 2019 with an update on the problems incurred with the current accounting system.

Davis said he was hopeful all issues could be resolved and confirmed RDA was continuing to work those issues daily.

“I will say that they do respond to our support tickets very quickly, and they are working to improve the system,” Berkeley said. “They have made significant improvements to the system since May 2017, but it’s just not where it should be, and the continuing ‘breaks’ is frustrating.”