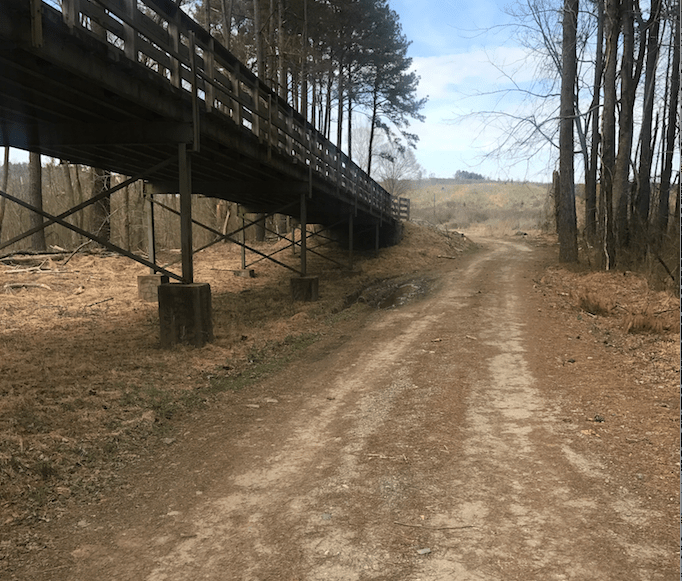 Citizens could lose access to the Staunton River and the county’s only boat ramp via Clarkton Bridge Road, according to information detailed at an April meeting of the Charlotte County Board of Supervisors.

Citizens could lose access to the Staunton River and the county’s only boat ramp via Clarkton Bridge Road, according to information detailed at an April meeting of the Charlotte County Board of Supervisors.

At a March meeting of the Charlotte County Board of Supervisors, VDOT’s preservation program manager Antony Opperman said the lease for Charlotte County’s only boat ramp into the Staunton River had expired.

County Administrator R.B. Clark said he recently contacted the landowner, Michael Scott Hillis, to discuss options. However, in a letter, “ . . . he said that he wasn’t interested in leasing or selling and he wanted to, at some future date, do away with the state maintenance,” said Clark.

He said the problem is that the state right of way and the road extend all the way down to the Staunton River.

“That letter to me was a giant slap in the face to the citizens of this county,” said Phenix/Aspen Supervisor Donna Fore. “He no longer sees that you have any right to the river. Right now, your only right to the river is that simple Clarkton Bridge Road with that 30 foot easement on either side and a small public boat landing. He doesn’t want you using any of it.”

In March, Opperman said the Department of Game and Inland Fisheries (DGIF) agreed to construct and maintain a boat ramp on county owned or controlled property.

“So therefore, since that lease has expired, the only public access legally to the river is contained within our 30 foot existing right of way,” Opperman said.

Fore said at the March meeting, DGIF sent a letter to the county recently requesting to get the agreement resolved.

“Until the county has a current lease with the landowner, the Department of Game and Inland Fisheries cannot maintain a presence at the Clarkton Bridge boat access,” said the letter.

Clark said Hillis currently owns 2,300 acres and lives in Tennessee, however, he said Hillis mentioned an abundance of trash and people on his private property.

“I want you all to realize how important this is right now,” said Fore. “Our only public boat landing in the entire county is on that man’s land, Mr. Michael Scott Hillis. He does not live in the county, he lives in Lebanon, Tennessee . . .”

Fore said while he has plans to move to the county, the timing is unclear.

She said Hillis has owned the land since 2013.

“If he closes that road, that’s it,” said Fore. She said individuals would no longer be able to fish from the shoreline, or place a canoe in the river.

Fore said it is a public safety issue, noting possible river rescue efforts, as well as a public access issue.

However, she said Hilis did agree to a temporary easement for removal of the bridge.

Fore said her personal attempts to contact Hillis have resulted in no response. “He obviously doesn’t care and that disappoints me,” she said.

“ . . .the lease had a cancellation of 45 days,” said Clark. “Some people think we let the lease expire and caused all this, but we didn’t.

“You did let the lease expire,” said Fore.

Clark responded, “what we let expire was something that was worth 45 days.” He said the original lease said either party could cancel it within 45 days and the lease did not follow the purchase of the land.