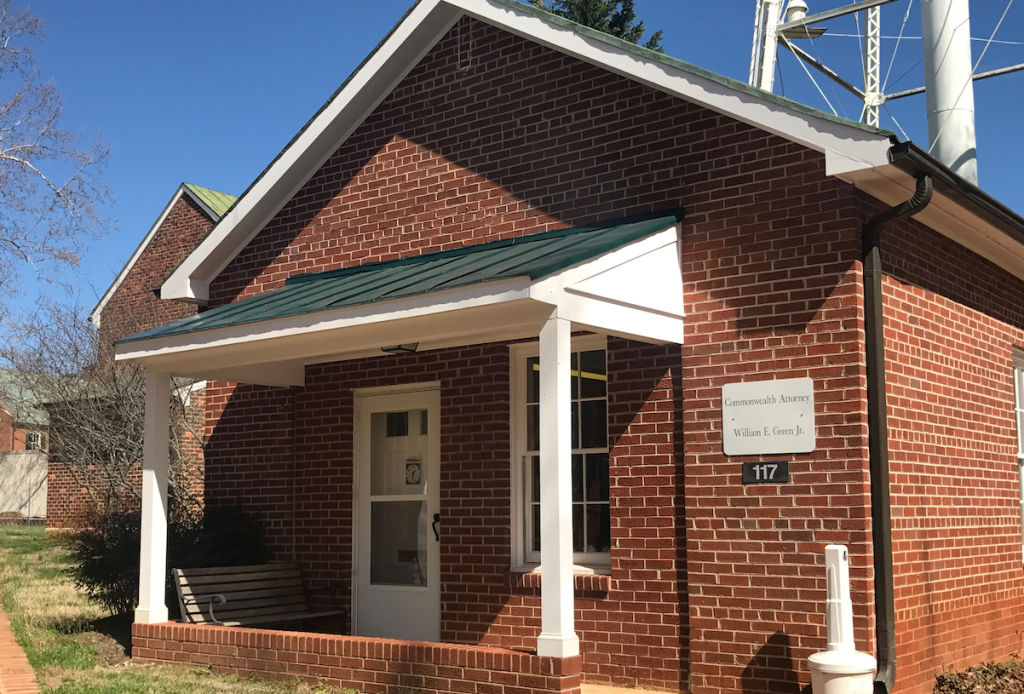 At a facilities committee meeting Wednesday, April 4, additional vacancies on the courthouse square were discussed, including the potential relocation of the Commonwealth Attorney’s Office.

Additional relocations on the Courthouse square were discussed during a meeting of the Facilities Committee last week.

“We need to be thinking about who’s going into the buildings that’s going to be vacated by movements, and my understanding is the Commonwealth Attorney is going into (General District Court Clerk) Sabrina (Powell)’s Office, so that’ll leave that building empty that he’s in that small building,” said Committee Member Butch Shook. “Of course Nan (Lambert) is going into the J&D Courtroom. That’ll leave her building empty. I don’t think we have any plans for that one yet and I guess that’s all we’ll have vacant.”

Committee Member Nancy Carwile said the court house would be vacant and she would like to see the library move into the building. “I think that would be the best way to recognize Thomas Jefferson . . .” she said.

Committee Member Gary Walker said the Victims Witness Program is the last organization the Red Cross Building. He said the organization has expressed interest in moving in the current Commonwealth Attorney’s Office on the courthouse square for security concerns, but the decision was up to the board.

“I already made the decision, if that’s OK, to put the general reassessment people into what we call the Red Cross Building,” said County Administrator R.B. Clark. “I got to put them somewhere, we have to furnish it and they don’t pay any rent.”

Clark said there would still be room for the Victims Witness Program in the Red Cross Building as well, and it would be good security and cost efficient to remain there.

However, Clark said “before (Commonwealth Attorney) Billy Green can move into Sabrina’s Office, Sabrina’s got to move into the new building.”

He said when the building is vacated, evaluations and maintenance will need to be performed.

“You’re not going to move all these people around in two weeks,” Clark said.

Carwile said it was good to be thinking about the plans.

“So I hear you all saying this morning that the Commonwealth Attorney’s going in Sabrina’s Office . . .,” said Committee Member Kay Pierantoni. “So at the last meeting . . . it was brought up that a space was designated for him in the new court building.”

Shook said to his knowledge, there was no designated space for the Commonwealth Attorney in the new building.

“I think what was said is when the judge moves her office to her new chambers, which we didn’t use that term, but there is space in Nan’s office for him . . . but at this point, he doesn’t prefer to be there.”

Pierantoni said if that is his choice it should have come before the facilities committee.

“We decided that last year Kay,” said Clark. He said he met with Green to discuss options, who said he really needed that office space.

“I talked to whatever committee we had for the courthouse then, this committee didn’t exist, and everybody said that was fine and we made that deal,” said Clark. “If you want to know why he’s not in the new building I can’t answer that . . .”

Pierantoni said the situation has nothing to do with the Commonwealth Attorney. “ I have the utmost respect for Mr. Green . . . this goes to how business has been conducted and how business does not need to be conducted anymore,” she said.

Pierantoni said committee’s should’ve been advertised and opened to the public in the past, however, they were not. “They are now and they’re recorded,” she said.

However, she said at the last meeting of the Facilities Committee, nothing was decided about where Green would be.

Shook said in the past, the job of the County Administrator has been to coordinate where people would move and run issues by the building and grounds committee.

He said it wasn’t a decision made at the last meeting, but one made at least a year ago. “This is already done,” said Shook.