According to the meeting agenda, the authority will act on signing a proposed agreement with Forest Pro Inc., a forestry equipment company purchasing real estate in the Heartland Regional Business Park.

According to the proposed agreement, the sale was negotiated before November 2015, leading to the creation of a deed on Nov. 2, 2015. While both parties have agreed to the sale, the Virginia Department of Environmental Quality (DEQ) is requiring an $80,000 fee to approve the sale and provide the necessary permits.

Within the proposed agreement, Forest Pro will pay the full $80,000 to the DEQ and begin construction. If Forest Pro completes the construction of their facilities by Dec. 31, the authority will pay $40,000 to the company, reimbursing half the cost.

The proposed agreement states it allows Forest Pro to apply for a construction deadline extension to be approved at the authority’s discretion. If the company doesn’t finish construction prior to the deadline, the authority will not be obligated to reimburse Forest Pro.

According to the Heartland Regional Industrial Facility Authority financial report, their bank account contains $209,847.36 as of Jan. 18.

VEDP is a state board dedicated to developing new Virginia businesses, while expanding existing ones, and growing international trade, according to its website.

B2X Online Inc. is a company created by Kane to bring high-speed internet to the Roanoke area, according to its website.

Following up on their discussions during the Oct. 26 meeting, the authority will also consider adopting bylaws, according to the meeting agenda.

The Thursday meeting will be open to the public. 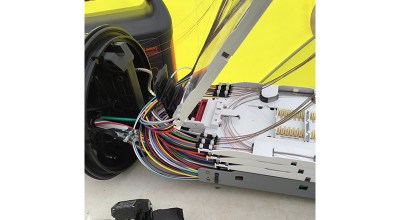