‘Maybe I can make a difference’ 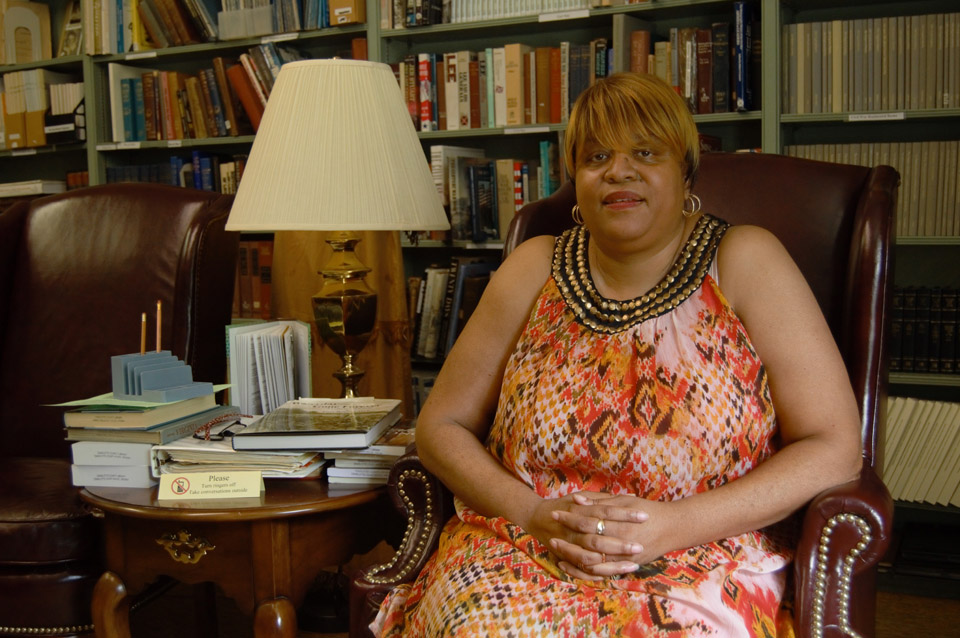 Before becoming the mayor of her mother’s hometown, or even joining the sphere of community politics as a town council member, she applied for an assistant librarian position in the Charlotte County Public Library in 1978. She’s held the position for over 40 years.

“The library’s a good place to be,” said Pridgen, adding she wished more people would use it.

She loves to read biographies, accounts of the lives of real people. Intrigued by what other people do, and not limited to a certain type of person; she’s interested in anyone.

“I like to read about everybody else’s life,” chuckled Pridgen, smiling slightly.

But Pridgen has an unfinished story of her own.

Raised in the Pennsylvania city of Philadelphia, the Town of Drakes Branch was a change of pace for its future mayor when she first followed her parents to the area at 21.

“Here you know everybody and there you don’t,” said Pridgen. “When I first moved here from Philadelphia, it was a little bit of an adjustment to live here, but right now I wouldn’t change it to go back for anything. Just a little bit of adjustment.”

Her mother, a Drakes Branch native, pushed her father to move back to her hometown after they retired, and Pridgen, having just left college before the start of her junior year at Temple University while studying accounting, decided to go with them.

Years after becoming a librarian and immersing herself in the town, she attended her first town council meeting as a resident in her 30s. After listening to the meeting, seeing the demographics of the town council, all chairs held by older men, Pridgen said, “I thought to myself, well, maybe I can make a difference.”

Wanting to bring a “younger approach” to the council, Pridgen ran and won, becoming the first woman elected to the Drakes Branch Town Council.

After a few years on the council, serving as a member then rising to vice mayor, she decided it was time to run for mayor in a competitive year when she knew the incumbent was about to step down.

Pridgen said she ran against two men in her first mayoral election, using a house-to-house campaign, knocking on the doors of the community in person until voting day — victory day. “It wasn’t a big margin. I won by, but I did win,” said Pridgen simply.

Since winning her first four-year term in 2001, she’s run unopposed ever since as her fourth term is set to end next year. Pridgen said she plans to continue to be mayor, continuing her goals of revitalization for Drakes Branch, partially motivated by her childhood experiences in the town.

“When I used to come down here during the summer, it was a much busier place than what it is now. I hope one day we can get back half the business that we had because we had a lot of fun growing up in Drakes,” said Pridgen.

While she cares about returning some of the economic prosperity to Drakes Branch, the town she raised her two children in, and loves her job, Pridgen said she doesn’t think she’s found her passion in life yet.

“I was talking to someone about this the other day. I think my real passion in life would be a travel agent. I love to travel,” said Pridgen, who is considering opening a travel agency in Drakes Branch after she retires.

“That’s something people don’t know about me.”

She believes a lot of people in the town like to travel, and she would like to help them find better rates or prices to help them go.

She has gone to the Bahamas, Bermuda, Canada, Jamaica and St. Martin and will visit Las Vegas in December.

Pridgen said she can retire in two years and may act on the idea at that point, unless she realizes a different passion in that time.