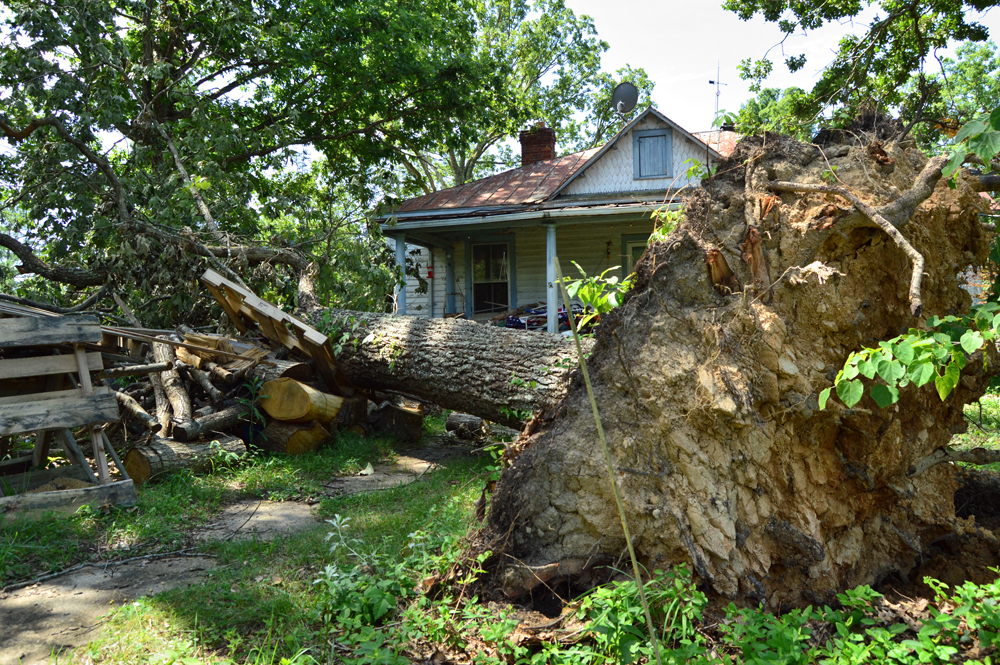 A large sequoia, Bo Dzyndra’s favorite tree, crashed in front of his house during the intense, brief storm. (Photo by Halle Parker)

Standing up from his work in the garden, Bo Dzyndra said he noticed dark clouds quickly approaching, typical of a summer thunderstorm. Dzyndra and his wife returned from the yard to their house, looking for shelter from the rain.

As rain started to fall and the wind picked up, Dyzndra said he noticed something unusual about the storm from behind his screen door. The rain was falling sideways.

“It was weird,” Dzyndra repeated as he described the weather from July 1. “I had never seen anything like it.”

The storm lasted about 10 minutes, he said. When he walked outside, Dzyndra saw a number of downed trees around his property, including almost half of the American chestnut trees he grew to sell. He estimated a $20,000 loss in profit after spending $90 per tree when he started to grow them 12 years ago, looking at the aftermath of the microburst. 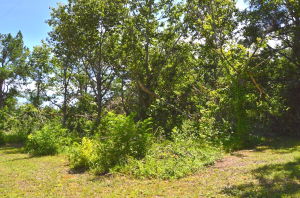 An estimated $20,000 worth of American Chestnut trees were blown over during the microburst focused over Bo Dzyndra’s house on Friday, July 1.
(Photo by Halle Parker)

A microburst is a localized, powerful downdraft typically covering an area up to 2.5 miles in diameter within a thunderstorm. Wet microbursts carry a lot of rain with wind that can blow up to 200 mph and “are common in the Southeast during the summer months,” according to the National Weather Service.

American chestnuts are rare trees after a blight contained in foreign fungus killed the majority in the late 19th and early 20th centuries, according to the American Chestnut Foundation.

Dzyndra said the wood can also be used as an “alternative resource” to Chinese chestnut trees.

The former New York contractor, who moved to Charlotte County 13 years ago, said because American chestnuts are considered “experimental” by the government, he is unable to cover the losses through insurance. “I think I’m just going to have to take this one on alone,” said Dzyndra.

Outside of his chestnut trees, the microburst also blew over several other trees including a large sequoia in front of his house — his favorite tree.

“I loved that tree,” he said. Dzyndra believed the intense microburst was isolated to his area. 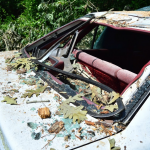 After almost finishing repairing one of his cars, one of the trees downed by the microburst smashed through the car’s rear window. (Photo by Halle Parker) 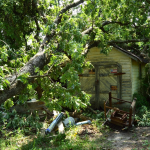 One of the trees affected by the microburst landed on top of Dzyndra’s shed. (Photo by Halle Parker)