BLOG named club of the year 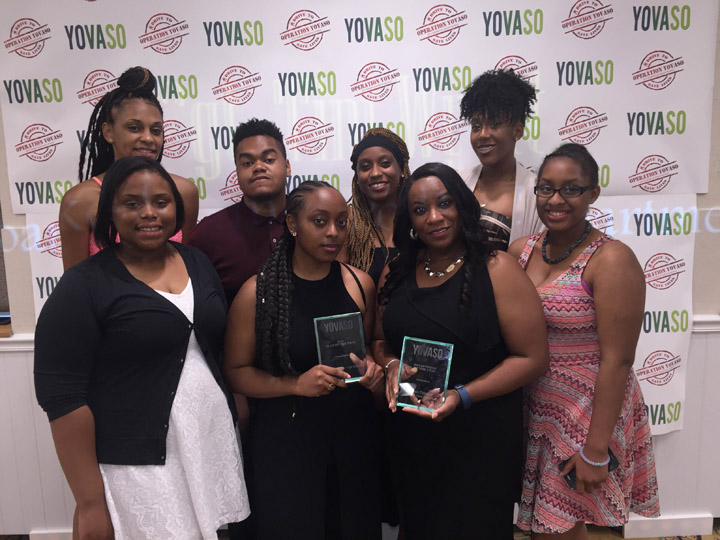 In two years of existence, Randolph-Henry High School’s Be Leaders of Our Generation (BLOG) student organization has won accolades honoring the efforts of both their students and their sponsor each year.

Seven active BLOG members and club sponsor Karen Osborne, a five-year R-HHS teacher, attended a three-day retreat held by Youth of Virginia Speak Out (YOVASO) and were recognized in a ceremony at the end as Club of the Year and Sponsor of the Year.

This year’s awards followed BLOG receiving New Club of the Year and New Sponsor of the Year after they were created and placed third in YOVASO’s Arrive Alive campaign their first year. At the time, BLOG had only four members.

“This school club has only been a member of YOVASO for about a year, but has made a huge impact on the program in a short period of time,” said Mary King at the ceremony.

The Sponsor of the Year honor was awarded based partially on community feedback sent to YOVASO for consideration.

According to YOVASO, one student wrote, “(Karen Osborne) is a great leader and loves to help people in any way that she can. She has a really kind heart.”

BLOG’s Club of the Year nod came a month after they won first place in this year’s Arrive Alive campaign, earning their school a day with the Virginia State Police’s drunk driving simulation involving a golf cart, cones and drunk goggles.

Osborne said the BLOG students, now up to 20 active members, will be in charge of running the event at their school and experienced the simulation at the retreat. She added the date for Randolph-Henry’s simulation hasn’t been set yet, but she looks forward to the opportunity.

“I can’t wait to drive it myself,” laughed Osborne.

Outside of receiving awards, the retreat offered other educational activities and social events, hosting students from close to 100 schools, said the R-HHS teacher.

Osborne believes the students benefitted from listening to the families of people who died in distracted or drunk driving-related car accidents.

“Some teenagers feel like they’re invincible to different things that could happen. But when you actually see a family that’s been destroyed because somebody broke the law,” said Osborne.

The activities of the retreat added to Osborne’s purpose with the club — building young leaders. She began BLOG at Randolph-Henry after being a part of a similar club while she attended the high school, beginning a different one as a teacher at her previous school, Bluestone High School, and seeing her own family members deal with accidents from distracted driving.

“Based on my family history, I felt like there was a need in high school students passing away from drinking and driving, texting and driving,” said Osborne.

According to YOVASO’s latest Sponsor of the Year, BLOG has influenced the behavior of many students directly involved and surrounding the organization.

She said, “Even the principal has said that some of the students have really improved in their behavior, and he appreciates me taking them under my wing and talking with them.”