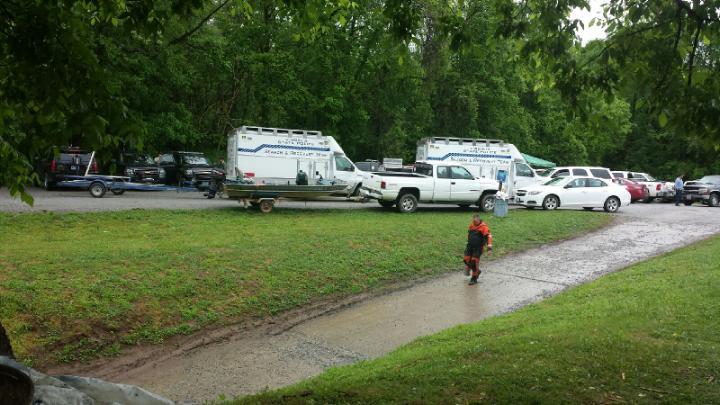 (Photo by Jenny Davis) Rescue members, along with multiple police forces, are on scene at Staunton River.

After the search for a missing person has spanned over a week, the Department of Game and Inland Fisheries (DGIF) recovered a body at the Staunton River in Brookneal on Sunday around 4:30 p.m.

DGIF said Conservation Police Officers Harris and Huffman located the male body about 2.5 miles from where the initial incident occurred at the Brookneal access ramp, just short of the Charlotte County line. 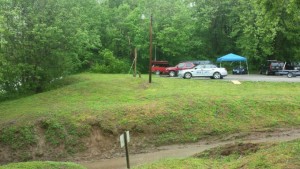 The body has been sent to the Medical Examiner’s office for positive identification.

Search and rescue efforts had been underway since Saturday, April 30, after a boat was found overturned on the Staunton River, which is “located in south-central Virginia and forms the boundaries of Campbell, Pittsylvania, Halifax and Charlotte counties,” according to the agency. 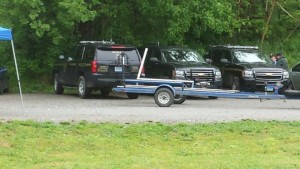 The DGIF said three individuals launched a Jon Boat at around 10 a.m from the Brookneal boat launch when the swift moving water caused the boat to run up against a bridge.

The boat capsized and the three occupants went overboard into the water, said the DGIF. Two of the boaters made it back to shore.

Over the weekend, the annual Staunton River Masonic Lodge No. 155 Catfish Tournament and the 27th Annual Striped Bass Tournament took place. Event officials said the missing individual was not a participant in either tournament and had been in the area fishing since Wednesday, April 27. 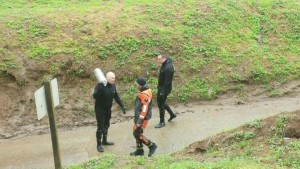 Stay with The Gazette for more updates on this story.