The historic ice storm that hit Southside Virginia on Feb. 13 left much of the area reeling and handed power companies the daunting task of restoring power to significant numbers of their members.

Southside Electric Cooperative (SEC) was hit hard, and as many as 48,000 of its members were without power at one point, which equates to more than 80% of SEC’s membership across its 18-county coverage area.

Gov. Ralph Northam visited Charlotte County on Tuesday, Feb. 23, to view some of the storm damage and talk about ongoing response efforts with local leaders.

While visiting the Virginia Department of Transportation (VDOT) Phenix Area Headquarters, he responded to a question of whether or not there was anything he thinks could be done better in the future to improve preparedness and recovery.

“I think (what’s important) after any tragedy, any storm like this, whether it be a hurricane or tornado or, in this case, an ice storm is to really have a report after the fact,” he said. “Sit down and say, ‘What happened? Did we predict this? Did the meteorologists at the weather stations predict it? Did we prepare as well as we could? And how did we respond, and can we do better next time?’ And the answer to that is usually, ‘Yes, we can.’ And so there’s nothing like planning, but there’s also nothing like experience.

“And so to have the experience of a storm like this with all these hard-working folks, whether it be VDOT, or electric companies or police officers, we need to talk about how it happened or what happened, how we responded to it and what we can do about it better next time, because there will be another time, obviously.”

Jerry Townsend is supervisor of Leigh District, a part of Prince Edward County that was particularly impacted by the ice storm and a longer-than-expected recovery.

“(For) other constituents in my district, power still hasn’t been restored,” he said.

He said Dominion Energy and other electrical companies have had their clients’ power back on several days before that of his and his constituents whose power is supplied by SEC.

“It’s just totally unacceptable for a corporation that size to not be prepared and have the resources to restore power within a reasonable period of time,” he said. “Now, people prepare for emergencies, as in three, four days. But most people don’t prepare for 10 and 11 days, even with generators, a backup source of power.

“Just think about the amount of gas it takes to operate that generator,” he continued. “I was spending $30 a day in gasoline just to operate a generator, times 10 days. And that wasn’t running 24 hours. That was just maybe 15 hours a day.”

He said he spoke up at a county budget meeting Tuesday night, saying the Prince Edward County Board of Supervisors needs to take action.

“We need to send a resolution to Southside Electric about our concerns of how the constituents of Prince Edward County were affected,” he said. “That performance and response to an emergency is totally unacceptable, and that shouldn’t occur again in the future. Not only that, I want to know what are they going to do different, and how are they going to prepare different for the future.”

He did, however, still make a point to say he appreciates the efforts of every SEC employee that has been assisting with the restoration of power.

Brown’s Store Supervisor J. Mike Hankins, of the Lunenburg County Board of Supervisors, had a different reaction to SEC and its performance that he shared during a Wednesday afternoon, Feb. 24, interview.

“It’s my understanding in Lunenburg that Dominion and Mecklenburg Electric both have all of their customers in Lunenburg back online, and as of yesterday afternoon, there were a little over 700 in (SEC’s) area of Lunenburg that still didn’t have their power, but they’ve been working long hours and almost around the clock trying to get people back online,” he said. “Now, you have to keep in mind the size and terrain that they’re having to work with. Those guys have my sympathy.”

He supplied what he described as rough numbers to illustrate his point.

“Mecklenburg, I believe, is the smallest server in Lunenburg County,” he said. “I think they have something like 26,000 square acres in their service area. Dominion has 32,000 square acres, and Dominion is basically (serving) Kenbridge, Victoria and Dundas — it’s all pretty much in the towns.

“And then you jump over to (SEC), which has a little less than 220,000 square acres, so we’re talking 10 times as big an area,” he continued. “And where Dominion is in town, hard surface roads, easy to get to for the most part, (SEC) is in the country. So between the main line and a house, there may be eight or 10 poles that the line is down, and that requires a lot more work in replacing the broken poles and then replacing the down lines, and in addition to that, instead of driving on hard-surface roads, they’re driving through swamps that we just normally don’t have to deal with.”

He said usually when they would do this kind of work is in the summer and fall, the ground is hard, and they can drive a truck pretty much anywhere they want to go.

“But now that hard ground is just a quagmire,” he said. “I know they’ve contracted with several people who have bulldozers, and they’re using bulldozers to pull the trucks through fields to get the power lines.”

He said there are only a certain number of appropriate vehicles that the SEC has access to, and all the broken poles have to be replaced by hand.

“There’s no magic wand that you can wave to do all that,” he said. “So their job compared to the other two companies is 10 times the area and it’s much worse terrain than Dominion. It’s probably about the same for Mecklenburg, but it’s a whole lot more area. So those guys have a tough job.”

He said he feels fairly certain that SEC, Mecklenburg Electric and Dominion Energy will sit down after it all the restoration work is over with and evaluate what they did right and what maybe they could do better and critique and come up with some improvements if it happens again.

“And Lord knows, I hope it don’t happen again in my lifetime,” Hankins said, describing the ice storm as a 50-year event. “I talked to one guy that’s in his 70s that has spent all of his life here in Lunenburg County, and he said he’s never seen anything like this, so it’s not your typical storm that we’ve had.”

He reiterated that SEC’s workers have had a rough job.

“Now is not the time to really be criticizing them,” he said. “We need to support them, let them get the power back to their customers, and when this is all over, then they need to take a look at it internally.”

Wylliesburg/Red Oak (B) Supervisor Kay Pierantoni, of the Charlotte County Board of Supervisors, prefaced her comments on the SEC outages by saying that the ice storm was unprecedented. 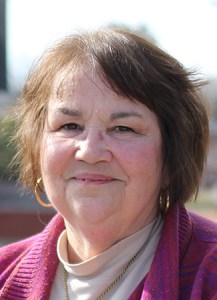 “These things don’t happen often, but they do happen, and I have heard complaints from citizens in the past about this particular co-op, SEC, that they didn’t feel that they were as in tune to making repairs after a normal storm — that even in a normal storm, repair work took longer,” she said. “So if that is true and certainly in this unprecedented storm, 10 or more days seems perhaps unreasonable for someone to wait without power, to me it’s indicative of a greater problem.

“Now, in fairness, Mecklenburg Electric is down in my end of the county, and I do know that we didn’t have as bad of ice storms in this part, but going west of me, they did,” she added. “So perhaps there was more damage that folks in one co-op had to deal with than others.”

She highlighted one thing that may have helped mitigate the work Mecklenburg Electric had to do after the ice storm.

“I can say Mecklenburg Electric I see all the time maintaining their lines, cutting trees, cutting back, making sure nothing’s hanging on the lines,” she said. “They do a lot on the sunny days that when a storm hits, they’re prepared.”

But with regard to SEC, she said she absolutely believes that something needs to be looked into there.

“Members need to ask tough questions of the board of directors of Southside Electric,” she said, encouraging members to write to the individual board members. “I think that’s where it starts.”

“Because it’s been so long and such a widespread event, I hope pretty soon that the SEC would also look into it because I just think there’s more going on here,” she said.