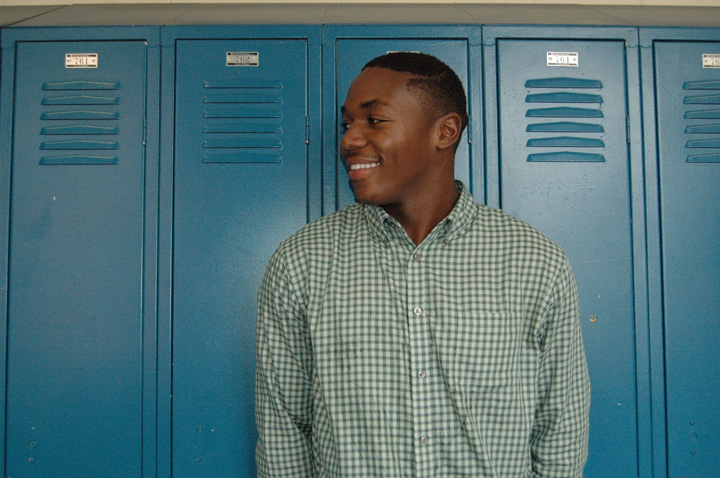 (Photo by Hannah Davis) While many “aah” and “ooh” over Joe Reed’s performances on the gridiron, Reed says he is just a normal student who happened to take a liking to football.

Randolph-Henry High School senior Joe Reed — who was recruited by the University of Virginia (UVa) for football in his sophomore year — is raring to begin his journey as a Hoo.

“I just want to finish school with good grades and have a positive impact on UVa football next year,” said Reed, who is verbally committed to Virginia and can officially sign a letter of intent in February. “I am ready for a change (from living in a small town) and I am hoping for the best in this new chapter.”

Reed, who really became interested in playing football in the sixth grade, said that he would have never imagined himself in the position he is in today with the sport.

“I hated football at first,” he said. “When I was 5 years old my dad pushed and basically made me play. I guess I just woke up one morning and it was different for me.”

Something must have clicked for Reed, as he became R-H’s leading offensive player and standout during every game.

He finished his high school career in style, rushing for 336 yards and scoring five touchdowns, including the game-winner, in Randolph-Henry’s 60-58 win over Nottoway in their last game of this season.

“We appreciate and respect the way he represents our athletic department in the classroom, field of play and in our community.”

Reed is also modest about his extreme hard work to reach this moment in his life, and he credits his family for helping him become the player he is today.

“Playing with my older brother and his friends growing up actually taught me a lot about football and made me better,” Reed said. “My parents helped me every step of the way too. They took me to camps, practices and games, and were always behind me in everything. I trust them completely.” 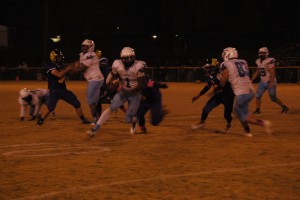 Reed also mentioned former coach Joe Freeland as being an inspiration to him and helping him with recruitment.

Now that his big time to shine is quickly approaching, Reed reflected on how he wanted to impact the UVa team.

“This was a rough season for UVa and they let games slip away from them. I want to be that player that really helps the team, and my goal is to start as a freshman player,” Reed said.

Although he has waited for this dream to come true since he became interested in football, Reed says he will miss Charlotte County — the place that created the athlete that he is today.

“It was hard to get to this point because it is 10 times as hard as living in the city where athletes get more exposure. We don’t have the benefits of walking to the gym and practicing with football teams all year long,” he said.

“But, I will miss it here … Knowing everyone, seeing the same faces every day, I like this comfortable setting.”

Reed hopes to study kinesiology during his college career and one day become a physical therapist.

Reed is the son of Carlton and Tonya Reed, of Charlotte Court House.