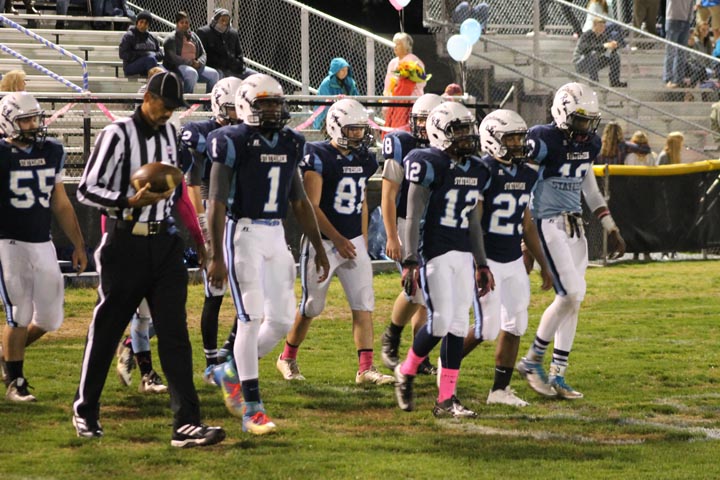 Joe Reed ended his his high school career in style, rushing 336 yards and scoring five touchdowns, including the game-winner, in Randolph-Henry’s thrilling 60-58 win over Nottoway.

The Statesmen fight was tremendous as they came back twice during the matchup.

R-H was down 24-6 at the end of the first quarter and then returned in the second half to take a 38-30 lead over the Cougars.

The third quarter saw Nottoway snatch the lead by a 50-44 score.

The Statesmen stole it again in the fourth when they notched the score to 52-51. However, Nottoway answered with a touchdown with two minutes left in the game.

But, standout Joe Reed would not have the game end that way. He scored three plays later on a 50-yard run and tied the game. He then ran in the two-point conversion to end the game.

“I am pleased with the season, and I feel I have learned a lot,” said R-H head coach Mark McPherson. “I am excited to build on the good things and fix the bad.”