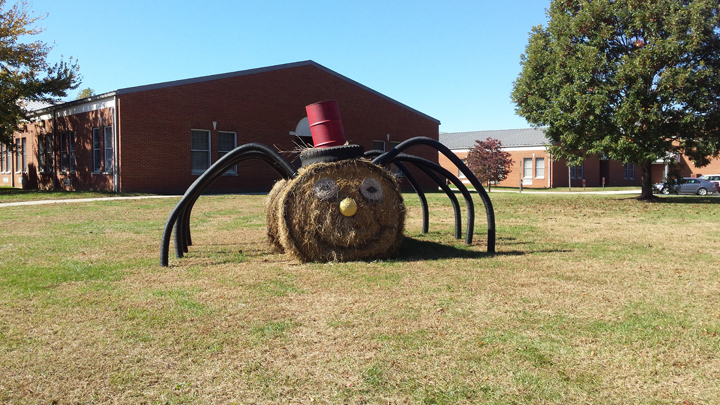 Having family members that spoil younger children in the family is something that is not unusual.

But if you are Amy Grissom, then you really get the special treatment every year.

Ever since Amy began school her grandfather, Supervisor Haywood Hamlett, has made sure that Spiderman comes to visit Amy at school every October.

With the assistance of a few helpers, including School Board member and close family friend Kenny Redmond, Spiderman has not missed one Halloween and the tradition has lived on this year with a twist.

This was Amy’s first year away from Phenix Elementary School as she moved up to sixth grade, and when she first heard that Spiderman was going to continue being placed at Phenix and not Central Middle School, she was devastated. She wasn’t sure why Spiderman wasn’t going to follow her throughout her educational career.

Low and behold, her favorite character graduated to the middle school as well and now she remains a happy camper.

“I was suprised at first,” Amy said. “I couldn’t believe that he was at my school again. I was glad to see him.”

Amy says she appreciates her grandfather helping the tradition continue and looks forward to the coming Halloween seasons. “I hope he does it again next year. I really like how he did a girl one and a boy one this year. They are both pretty good, she said. 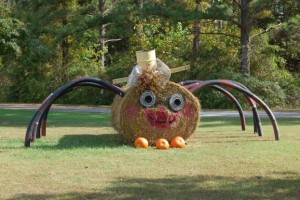 The Word — Speak the word with boldness, sharing it with others