The Charlotte County Board of Supervisors voted Tuesday afternoon against a School Board proposal to build a $24-$26 million consolidated elementary school.

The unanimous vote followed a motion by Vice Chairman Gary Walker near the beginning of the meeting. “As a member of the building and grounds committee, I would like to bring up that for several months we have had considerations and proposals on what to do about the elementary school,” said Walker. “The School Board has brought a proposal to us, and I think it is time that we give them an idea of what we have been thinking.”

Walker then went on to say that he thought the board should deny the proposal from the board to fund the school project.

“But, if they have another, more reasonable recommendation that we would give it our due deliberation,” Walker said.

Chairman Haywood Hamlett then announced the motion on the table.

“We have a motion by Mr. Walker and a second by Mr. (Robert “Butch”) Shook that we … are denying the request for funds to build a 950-student school at this point. But, asking the School Board to come back with another alternative,” said Hamlett.

After a unanimous roll call vote, the resolution was passed. 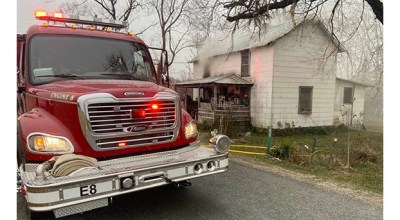