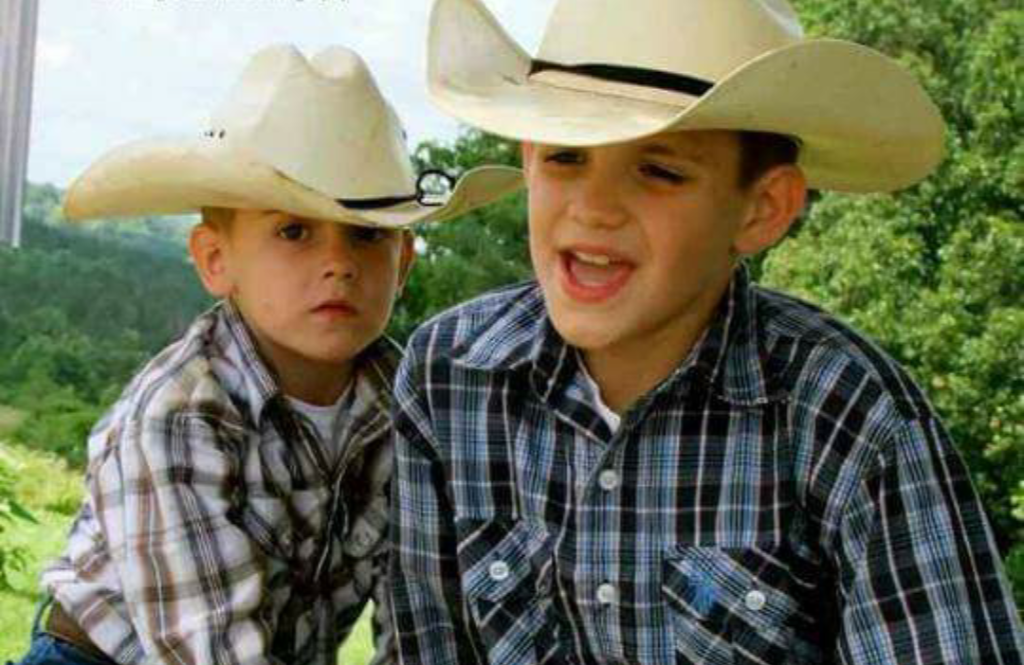 Brothers Ty and Chase Evans, of Charlotte Court House, are making their names known in the Southside area as young bull riders.

The duo began riding when Ty was 7 and Chase was 5. Over the course of almost two years, the boys have grown to know the sport like the back of their hand, winning two buckles each in bull riding.

They are also the current state champions in their age division in the Virginia High School Rodeo Association, which they are allowed to ride in because of their good grades.

“My wife’s brother used to ride and his kids got into riding, so naturally mine followed too,” said proud parent Brian Evans.

“I don’t think you are going to get them out of it anytime soon.”

The Evans brothers compete in Virginia, West Virginia and North Carolina. They practice almost every day, whether that be pretending to be bulls in their living room or going outside to practice on their bull barrel.

They also used to travel to Gordonsville to train in practice pens with bulls. However, that area for training has closed and now they will be using a practice pen in Appomattox.

Although the boys do get roughed up in the pen sometimes, their father says they have grown in many ways.

“They have been stepped on and bruised up, even had crutches once. It is dangerous but at the same time, you could get just as hurt in baseball,” Brian said. “Ty used to be shy and has grown out of that with bull-riding, and Chase … Chase is Chase.”

Ty says he aspires to ride as a professional bull rider one day, while Chase wants to be just like Lane Frost.

The brothers will participate next in a Sebra Professional Rodeo Association contest on Saturday at 6 p.m. at the Appomattox Railroad Festival.