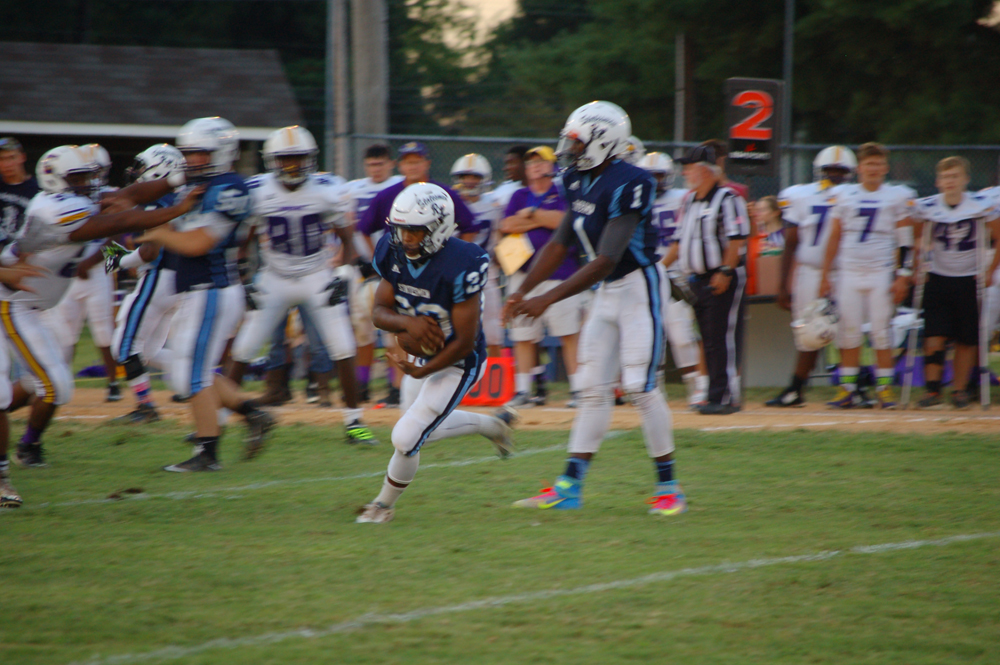 The Randolph-Henry High School varsity football team improved to 2-2 after taking a 29-12 win over the Bluestone Barons on Friday night.

“We continue to show improvement on the defensive side of the ball, and we held them to one offensive score,” said R-H coach Mark McPherson.

R-H score two touchdowns in the first quarter of the game, and then a touchdown in both the third and fourth quarter.

Joseph Reed went 4-for-10 in passing for 53 yards. He also had 29 carries for 393 yards, all four touchdowns and had an interception.

The Statesmen will face Goochland on Friday at 7 p.m.