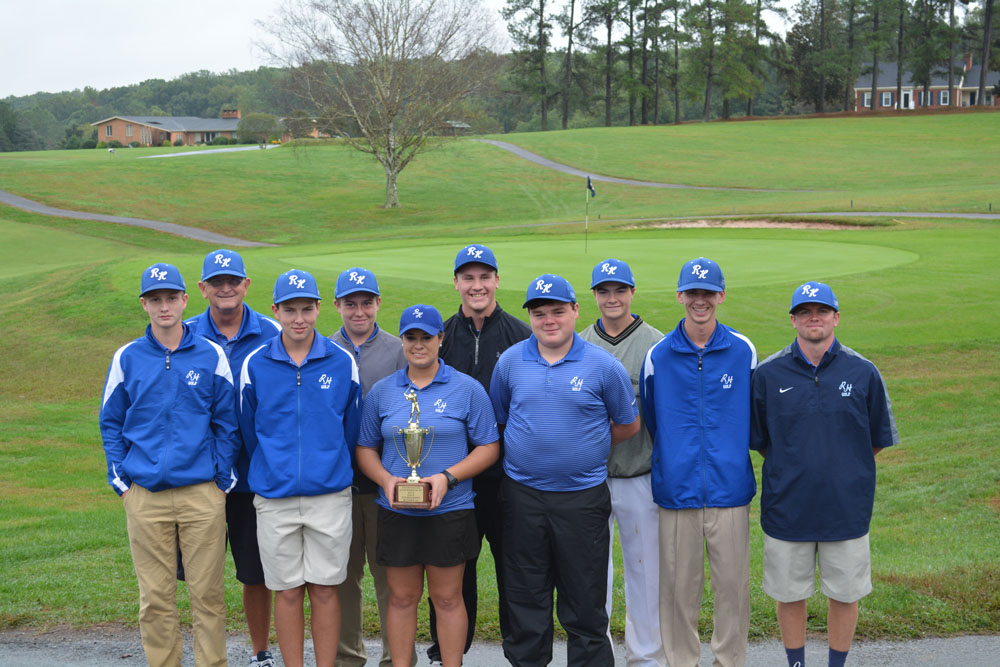 After finishing as the James River District champions last week, the Randolph-Henry golf team advanced to the Courthouse Conference 37 tournament on Monday where they took second place as a team.

The team finished with a score of 325 finishing behind Appomattox, who shot a 323.

Four of the Statesmen were named All-Conference award winners.

Mason led the Statesmen in the conference tournament with a score of 77.

Myers and Moore followed closely with scores of 82, while Adams shot an 84.

Gunnar Lacks shot an 88 and Nathan Towery finished with a 93.

With the finish, the Statesmen qualified to compete in the VHSL 2A West regional tournament, which will be held on Monday at Falling River Country Club in Appomattox.