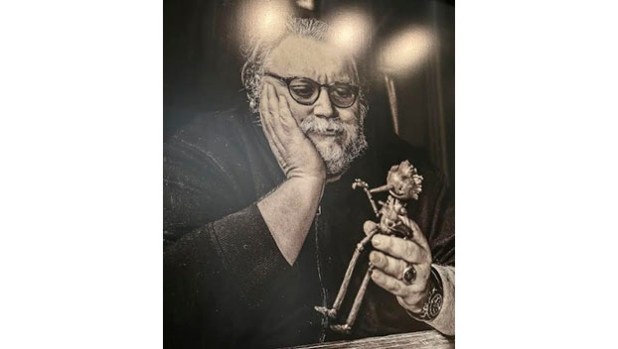 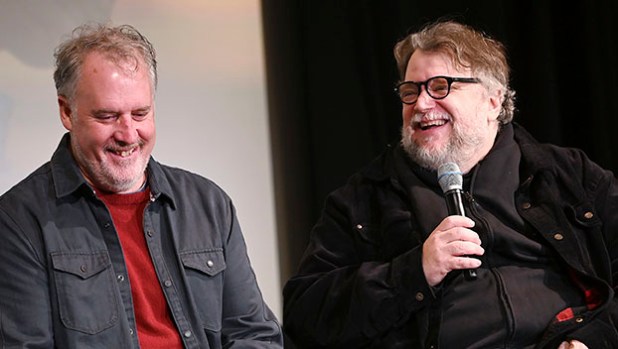 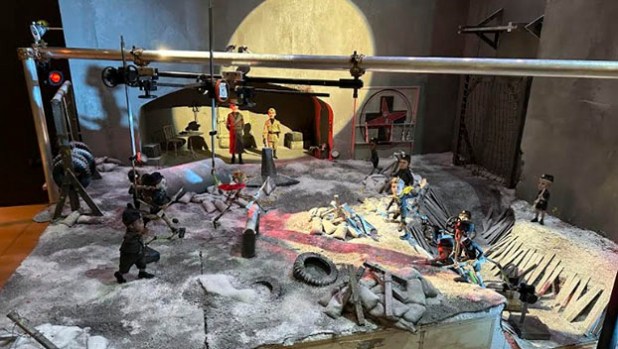 Guillermo del Toro said it best when he said, “Animation is a medium, not a genre.” This statement perfectly explains how audiences should view films with animation, as another art form and medium for telling a story; animated stories should not be minimized by being considered a kid’s genre. I see no better representation of that than GUILLERMO DEL TORO’S PINOCCHIO, a stop-motion musical marvel that is one of the best movies of the year period. And this says a lot coming from me because I have never been a huge fan of the PINOCCHIO story, but del Toro’s masterful interpretation of the story and stunning animation left me absolutely speechless. The fact I was able to speak to del Toro, one of the greatest directors of all time, about the film was one of those career bucket list experiences that I will remember for the rest of my life.

This reimagining of Pinocchio takes place in fascist Italy during World War II. Local woodworker Geppetto (David Bradley) is a doting single father who loves his young son, Carlo. But after a wayward bomb kills Carlo, Geppetto goes off the deep end, unable to work or do anything but wish for his son to come back to him. That is, until one night when a magical fairy takes pity on him and breathes life into a puppet named Pinocchio (Gregory Mann), who is made to be like Carlo (that is, if you close one eye and squint and give it a nice Guillermo del Toro sprinkle of flavor). But how will the rest of the town see Pinocchio, and what dark forces are lurking around seeking to take advantage of him?

PINOCCHIO is del Toro’s masterpiece and a feat in itself; I appreciated the filmmaking element even more when talking to him and co-director Mark Gustafson about the project and visiting del Toro’s exhibit in New York City at the Museum of Modern Art. We were shown everything it took to make PINOCCHIO, including the intricate sets, character manipulations, color palettes, hundreds of crew members, and so much more. Filming the movie alone took approximately 1,000 days (over 2.5 years), with about 60 units working at its peak; this timing does not include the years it took to write, create the stages and characters, block the scenes, etc. It took weeks of filming for only seconds of footage. If this isn’t movie-making at its finest, I don’t know what else is.

The fact del Toro was able to make time for PINOCCHIO in the midst of his other major directorial projects like NIGHTMARE ALLEY is incredible, so I asked him how he prioritized everything. “No matter what, because of the pandemic, for many, many weeks we can only stroke down a meter through Zoom. So, you know, you can only stroke for so long. [laugh] So you start your day or finish your day with that. And then, you know, you just keep that rhythm. No matter what you’re doing. The only complication was, for Mark and the story department, they had to travel to inconvenient locations to disclose the storyboard… We started doing it by Zoom because of the pandemic, and we stayed by Zoom. And the nature of stop-motion is it’s one animator on a set at a time. So once you’ve launched them and they’re going, you know, they’re by themselves. The natural state of an animator.”

I already loved PINOCCHIO when I first saw it at the London Film Festival, but the more I heard del Toro and Gustafson talk about the movie, the more I fell in love with it. What I especially appreciated was the way in which they put a twist on some of the most iconic images from the first film, particularly Pleasure Island. Some may think boys turning into donkeys is not a part of this movie, but del Toro made it known that it is. “The re-education youth camp is essentially [Pleasure Island]. It starts with paint and grenades, and they’re enjoying it, and doing sports. And there are funny songs playing in the loud speakers. And then they, instead of turning into donkeys, they put gas masks on and they go to war. And the turning moment is when you go from playing and planting a flag to him pointing the real gun and saying, “Shoot the puppet.” So the function and dramaturgy is exactly the same as Pleasure Island.”

The animation is the real show-stopper for the film, but the musical numbers and vocal performances are just as spectacular, particularly Ewan McGregor as Sebastian J. Cricket and Gregory Mann as Pinocchio. Del Toro originally had another actor chosen for the Cricket, but the second he heard McGregor’s interpretation, all of that changed, “Ewan was a revelation. We wrote it for another actor. And I was very stubborn about that actor. And somebody in the studio, Melissa Cobb, suggested Ewan. And we said, ‘Let’s hear it.’ But oh my god.” The Cricket became such an important element of the story, in fact, the filmmakers decided not to kill him off early, like originally planned. “It was great ’cause we actually wound up sort of expanding his role when we saw how charismatic the cricket could be. I mean, we had considered, you know, killing him early on, just, you know, getting rid of him.”

Mann is also phenomenal as Pinocchio, with an exuberant energy that is contagious for anyone watching the movie. He also is Pinocchio’s singing voice, showing this kid can really do anything. “We auditioned hundreds of kids,” Gustafson said, “And I think when we heard [Gregory], we immediately knew. Immediately. He had this sort of purity and innocence that just came right out of his soul somehow.” But with all the time it took to film PINOCCHIO, the filmmakers had to be careful about Mann’s voice changing. Gustafson joked, “He was like nine years old when we found him. And we recorded him over like a year and a half or something like that. And ultimately his voice changed, and he was sort of… He couldn’t do it anymore. He sounded like Ernest Borgnine.”

I have seen PINOCCHIO twice now and I feel like I have barely scratched the surface in my understanding of the story and del Toro and Gustafson’s intent behind each scene and image. Each time I have discovered new things and I can’t wait to continue to read more about the film as new articles and interviews are released. This story is not just for children, it is for everyone and I encourage you to watch it on Netflix as soon as possible.